Rongai Athletics Club coach Bernard Ouma says they have already developed a plan to help the Africa under 18 1,500m champion transition to the senior ranks seamlessly.

•Keter's go-getter attitude and desire to always improve himself are two attributes, which will aid him in his bid to take the senior ranks by storm. 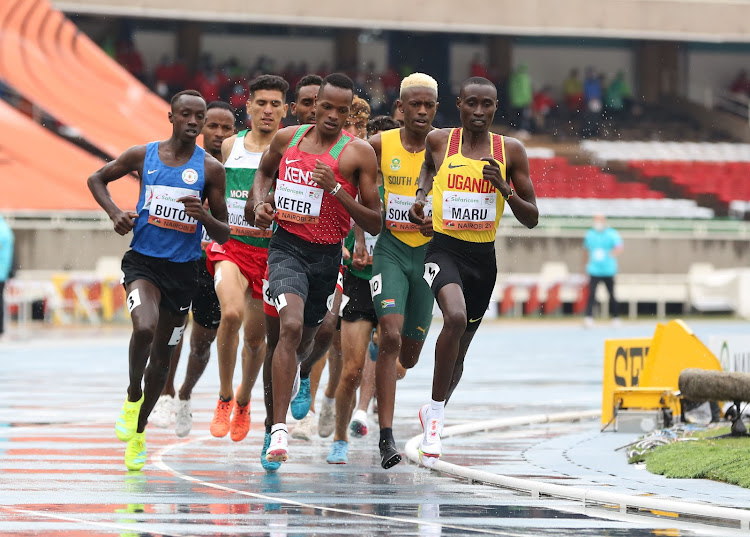 Rongai Athletics Club (RAC) coach Bernard Ouma expects World Under 20 1,500m champion Vincent Keter to become one of the best runners in the race in the near future.

Ouma said Keter's go-getter attitude and desire to always improve are two attributes that will help him in his bid to take the senior ranks by storm.

“I cannot say he is a unique athlete but is a hard worker who wants to make a change at any point in his career. He is always working hard to ensure he beats someone who had beaten him previously. Keter is a go-getter and never content in a comfort zone. That is how I can describe his personality,” he said.

Ouma, who has been tutoring Keter in his short career thus far, said they have already developed a meticulous plan to help the Africa under 18 1,500m champion transition to seamlessly the senior ranks.

“As a club, we want to make sure his transition plan is good. Many athletes fail to go past Under 20 with just about 50 per cent managing to pass that mark,” Ouma explained.

He cited reigning Olympic  1,500m silver medalist Timothy Cheruiyot and former world under 20 1,500m champion George Manangoi as those who have transited smoothly to the senior level thanks to proper planning.

“We want athletes to climb the ladder slowly. In the future, you will see Cheruiyot running in the 5,000m or a marathon. We value our athletes’ future that is why we enter few races across the world. We have to ensure that the welfare of athletes is a priority,” he said.

“We always have running plans. We go to the race with a tactical target. We don’t just enter a race anyhow. But Keter, just like any athlete, has challenges in life.”

Keter clinched the 1,500m title, last won by compatriot Manangoi in Tampere in 2018, when he clocked 3:34.27 during the World Under 20 Championships on August 17-22 at Moi Stadium, Kasarani.

Ethiopian Wegene Addisu took second place in 3:37.86, ahead of compatriot Melkeneh Azize (3:40.22). Kenya's Kamar Etiang had finished third but was disqualified due to a lane infringement.