The 2015 world champion said nothing would complete her joy than to go a step farther than five years ago when she finished second to Kenyan-born Bahraini Ruth Jebet.

•Afterwards, Ferguson Rotich and Emmanuel Korir will be hoping one of them succeeds David Rudisha as the new king of 800m at the Olympics.

•Olympics 1500m champion Faith Kipyegon, Winny Chebet and Ednah Jebitok will also be battling to make the finals of the women's 1500m in the evening 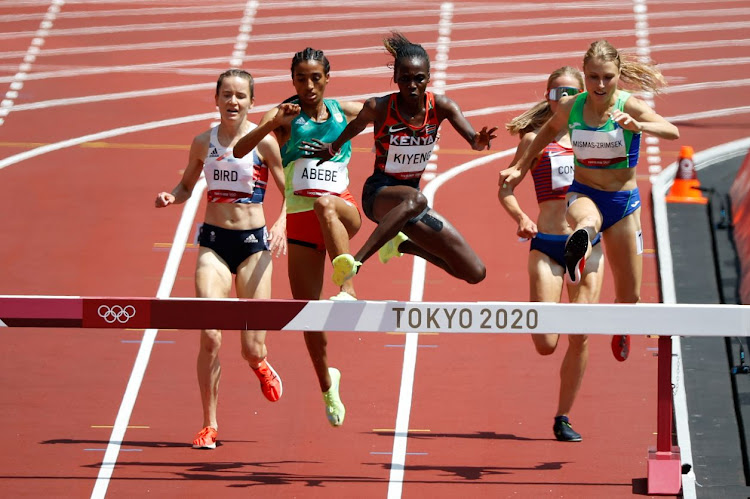 Hyvin Kiyeng leads the way during Heat 3 of the women's 3000m steeplechase on Sunday.
Image: REUTERS

Rio Olympics silver medalist in the women's 3,000m steeplechase Hyvin Kiyeng expects a titanic battle as she fights for her 'dream' Olympic gold in the final this afternoon.

The 2015 world champion said nothing would complete her joy than to go a step farther than five years ago when she finished second to Kenyan-born Bahraini Ruth Jebet.

"My dream is to upgrade on the silver I won in Rio by clinching gold. I would be so grateful to God if I get it.  However, I know it won't be easy because all the other athletes from other countries are equally strong. That is why we have to work together with Beatrice and help each other out during the race," Kiyeng, who boasts a personal best of 9:00.01,  said.

The 2017 world bronze medalist set the perfect momentum for the final when she won Heat 3 of the race on Sunday, clocking 9:23.17.

World record holder Beatrice Chepkoech knows she will have to better her performance than in Heat 2 where she came third after clocking 9:19.82, behind American Courtney Frerichs (9:19.34) and German Gesa-Felicitas Krause (9:19.62).

However, her injury woes may just prevent the world champion from adding an Olympic medal to her collection.

"Overall, the race was not so bad just that I have some complications with my hamstring and tendons. You could see during the race that this was hampering me but all the same I will give my best in the final to succeed," Chepkoech said.

With the absence of 2014 Commonwealth champion Purity Kirui, the onus is on the duo to sooth the heartache of an entire nation still reeling from Monday when Moroccan Soufiane El Bakkali clinched gold in the men's steeplechase to end Kenya's 53-year reign in this race. 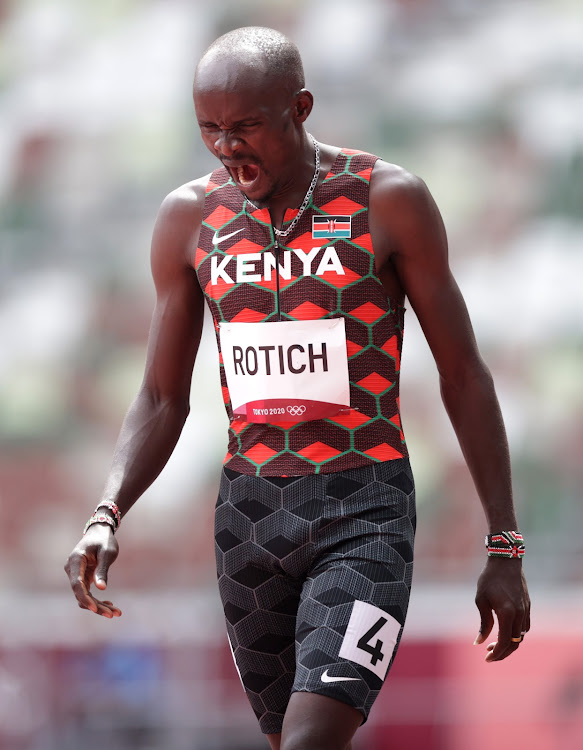 In another final slated for today, world bronze medalist in 800m Ferguson Rotich and African silver medalist Emmanuel Korir will battle seven other athletes for a podium place.

Kenya and the two-lap race — as far as the Olympics are concerned — seem to have struck the perfect chemistry as evident by past performances.

Rotich and Korir have severally expressed their desire to follow in the footsteps of the aforementioned by claiming a podium sweep.

Rotich, the world relay 2x2x400m silver medalist, goes into the final as a pre-favourite after clocking the fastest time of 1:44.04 in the semis on Sunday.

On his part, Korir will need to quickly shake off the disappointment of being disqualified from the preliminary round of the men's 400m after a false start.

"It's something I can't explain, it just happened. These things happen. So, the focus is now on the 800m finals," the American-based runner said. 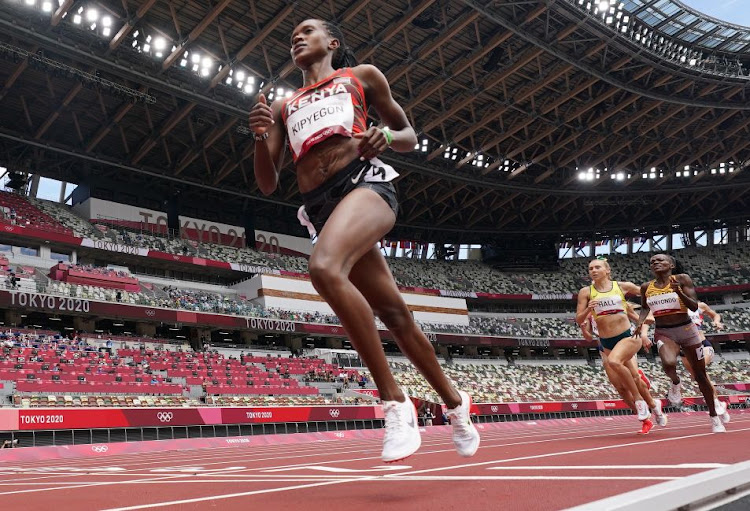 Elsewhere, defending champion in the women's 1500m Faith Kipyegon hopes the Tokyo weather will be cooler when they compete in the semis this evening.

"The weather today was hot but I thank God for making it to the semis. Going forward, I am hoping for the best because I think we will be running in the evening. We had to use a lot of ice to maintain a normal temperature but I thank God the track was not as hot as the warm-up area," the world silver medalist said.

She will be joined in her charge for a second successive Olympic gold by Winny Chebet who finished third in Heat 1, clocking 4:03.93 behind Canadian Gabriela DeBues-Stafford (4:03.70) and Briton Laura Muir (4:03.83).

Another Kenyan, Ednah Jebitok, who finished 12th in Heat 2 after tripping, received a reprieve and will compete in the second semi of the day.

In another event lined up for today, Olympic javelin silver medalist Julius Yego will be hoping to make history once again when he pits himself against 15 other competitors in a Group 'B' qualification round.

"Mr YouTube" won Kenya's first Olympic medal in the field event at 2016 Rio Olympics and a golden one will surely cement him in sporting history books.