Mixed results for Kenya as athletics programme begins in Tokyo

• In the women's 800m, Mary Moraa qualified for tomorrow's semis whereas Eunice Sum and Emily Tuei faltered at the first time of asking 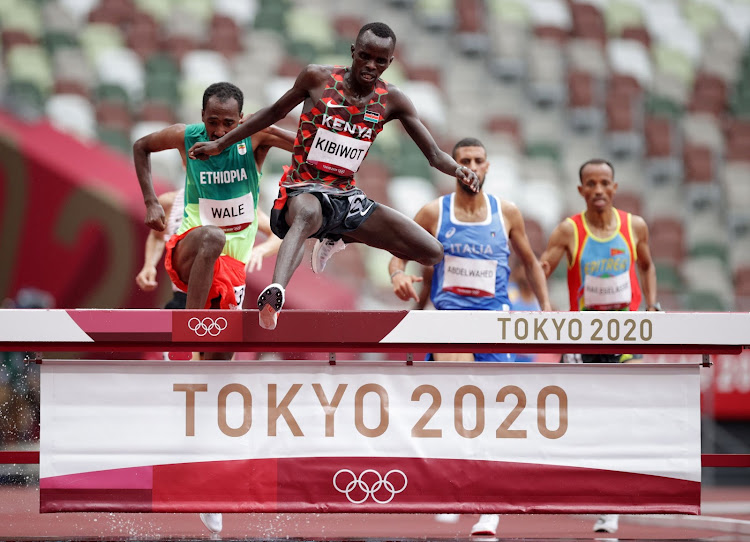 Abraham Kibiwott on his way to victory in heat 2 of the men's 3,000m steeplechase.
Image: REUTERS

African 3,000m steeplechase champion Benjamin Kigen and Commonwealth silver medalist Abraham Kibiwott will carry the country's flag in the water and hurdles race after qualifying from their respective heats at the ongoing Tokyo Olympics.

Kigen clocked 8:10.80 to finish third behind Ethiopian Lamech Girma (8:09.83) and Japanese Miura Ryuji (8:09.92)who finished first and second respectively in a closely-contested race in heat 1.

It was heartbreak, though, for Leonard Bett — the other Kenyan representative in the steeplechase — after he finished fifth in heat 3, timing 8:19.62.

In the women's 800m, national 400m champion Mary Moraa will be the country's sole representative in the semis after former world champion Eunice Sum and Emily Tuei both failed to qualify from their respective heats.

Moraa put up a spirited sprint in the last lap of heat 4 to finish third in 2:01.66. American Raevyn Rodgers clocked 2:01.42 to win the heat whereas Briton Keely Hodgkinson finished second in 2:01.59.

Sum finished sixth in heat, timing 2:03.00 in a race that claimed the scalp of world champion Hellen Nakaayi who finished fourth in 2:00.92.

Kenya will be hoping for its first medal this afternoon when national cross country champion Rodgers Kwemoi, world under-20 10,000m champion Rhonex Kipruto and Weldon Kipkirui line up for the men's 10,000m final.