Obiri keen to exorcise Doha ghosts by clinching gold in 10,000m in Tokyo

The two-time world 5,000m champion placed a disappointing fifth in the women's 10,000m at the World Championships in 2019 at Khalifa International Stadium.

•Obiri believes she has matured well in the last two years and can perform better in the 10,000m

•She will be up against other athletes in red-hot form including Sifan Hassan and world 10,000m champion Letesenbet Gidey of Ethiopia 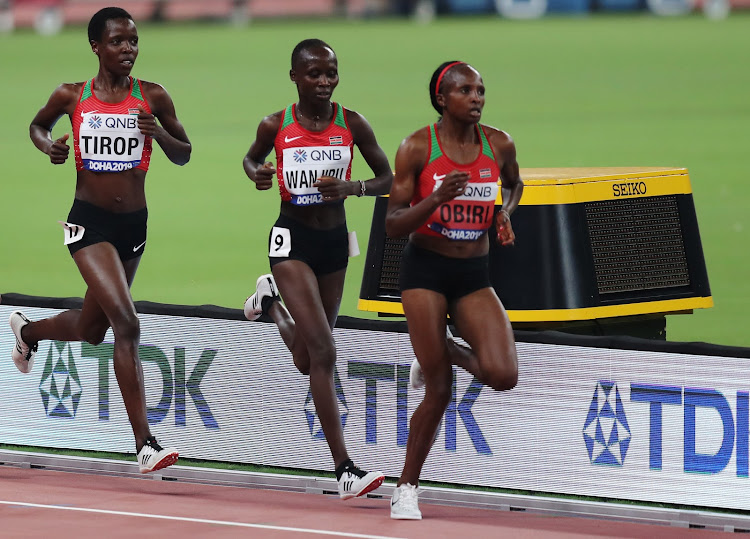 Double world 5,000m champion Hellen Obiri hopes it will be second time lucky for her in the women's 10,000m at the Tokyo Olympics after a disappointing return at the World Championships in Doha two years ago.

Although she lit up the Khalifa International Stadium when she clinched the women's 5,000m title, her efforts for another gold fizzled out into a fifth place finish in the 10,000m.

The Kenya Defence Force officer says the athletics programme in Tokyo favours her dream for an Olympic double and plans to maximise on the same.

"In 2019 I did not have much experience in the 10,000m but now I can say I know how to handle the race. I think this time I will also have enough time to prepare between the two races. After the 5k race, I will be able to rest enough and maybe do some jogging to test how my body is prepared for the 10k race," Obiri said.

Obiri is the standout favourite for gold in the 5,000m, having shone in this year's Diamond League series as well as national athletics events.

However, she will have to contend with a star-studded start list in the 10,000m, which includes world record holder and world champion Letesenbet Gidey of Ethiopia as well as Dutchwoman Sifan Hassan, the world record holder in the 5k women's road race.

"Hassan and Gidey are very good athletes but for me I have nothing to worry about since this is a championship and it is all about experience and shape. There will be no pacemakers and I know the race will be tough and hot. My target is also to attain a new personal best," the Commonwealth 5,000m champion said.

Obiri herself boasts a glittering CV as the only female athlete in history to win senior world  indoor and outdoor titles as well as at the cross country level.

Still, her heart craves for an Olympic gold after having to settle for silver in the women's 5,000m at the Rio Olympics in 2016.

“The Tokyo Games are special for me since Olympic gold is the only medal I am missing in my career. I am really working extra hard to get it,” she said.