The Mt Elgon native grew up in a family of eight and said life was not as rosy because of the economic challenges afflicting them. 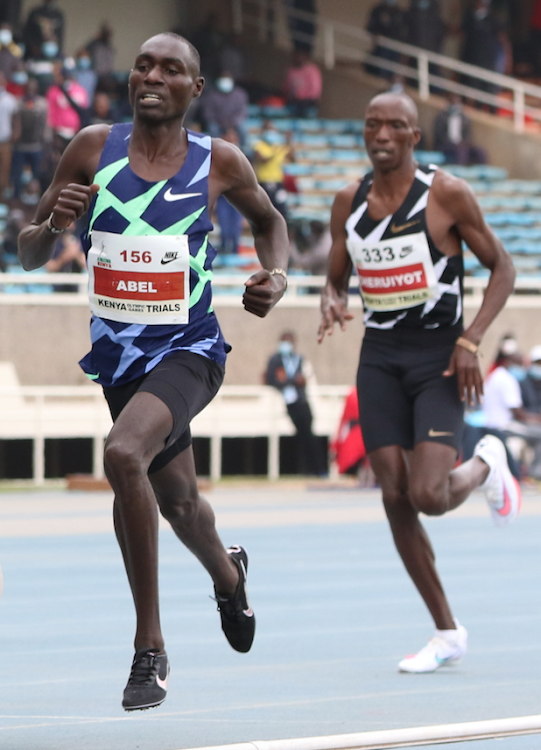 With less than 48 hours before the opening ceremony of the Tokyo Olympics, Abel Kipsang is looking back to his tough upbringing as inspiration in his bid for a medal in the men's 1500m.

The Mt Elgon native grew up in a family of eight and said life was not as rosy because of the economic challenges afflicting them.

"I thank God for the far He has brought me in my career. Life was not as easy when we were growing up and this is what inspires me in every competition in which I participate. I want the best for my family. When I go to Tokyo, I want to give my best to be among the best," Kipsang said.

Kipsang will be representing the country in the 1,500m alongside Charles Simotwo and world champion Timothy Cheruiyot.

He has spent majority of his time in Kapcherop training camp in Elgeyo Marakwet county, sharpening himself in readiness for the quadrennial event.

The middle-distance runner is upbeat his diligence in training will bear fruit when he lines up against other competitors in Tokyo.

"So far so good for me in training. I know the competition there will be tough but am only focused on applying what I have learnt in training and not what other competitors can or cannot do. I believe in myself and in hard work as the only way to succeed, which is what I have been doing," he said.

Nonetheless, in his first ever Olympics appearance, Kipsang will have to do without fans after a decision to hold the games behind closed doors.

However, he is not fazed by the new development, saying he has already adapted to the repercussions of the coronavirus pandemic.

"I do not think it will be such a huge problem for me as is the case for many others. I have competed in many events so far in which there were no fans so by now I am already used to it. What matters is that I am able to give my best for my country and achieve my targets."