Times are proving to be tough for people the world over

•The trend, said the statement, is quite worrying given a huge proportion of athletes have found themselves in a quagmire after losing personal properties worth millions of shillings in the process.

•AK advised Kenyan sportspersons to familiarise themselves with the hidden clauses guiding such transactions and the resultant legalities arising from their activities with the shylocks. 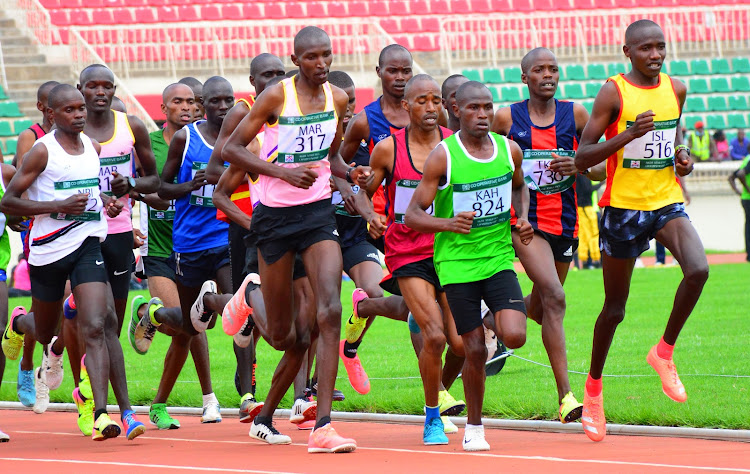 Athletics Kenya on Wednesday urged Kenyan athletes to resist the urge of borrowing money from shylocks, warning them of subsequent irreparable financial repercussions.

“We wish to encourage athletes to desist completely from taking this precarious path which has financially debilitated a host of local athletes and literally brought them from grace to grass.”

In a press release signed by the body's president Jack Tuwei, AK said the financial implications of the coronavirus pandemic had exacerbated the whole situation.

“So dire is the situation that it has come to the attention of Athletics Kenya that some athletes have resorted to borrowing heavily from shylocks to sustain their lofty lifestyles,” it read.

“Times are proving to be tough for people the world over, especially at a time most economies are experiencing financial doldrums occasioned by the Covid-19 pandemic,” read the statement.

The trend, said the statement, is quite worrying given a huge proportion of athletes have found themselves in a quagmire after losing personal properties worth millions of shillings in the process.

“Indeed, shylocks are known the world over to reap big where they've not sown. Their interest rates are astronomical, to say the least, and most often than not, they end up retaining properties presented as collateral after owners fail to offset the enormous debts,” read the statement.

“Should push come to shove, athletes should consider borrowing from conventional money lending institutions such as commercial banks and saving and credit cooperatives societies.”

AK advised Kenyan sportspersons to familiarise themselves with the hidden clauses guiding such transactions and the resultant legalities arising from their activities with the shylocks.

“The clauses are shrouded in mysterious technical languages whose pitfalls can only be understood best by people with a keen eye and those familiar with legal terms.”

“The best our celebrated athletes could do would be to invest their hard-earned finances wisely in profitable and income-generating enterprises.

“Such a wise and timely move would help cushion them from any drastic turn of events brought about by natural disasters and economic downturns as witnessed in recent years.

AK further said they had over the years held seminars where they invited experts in different spheres including finance and investment to enlighten athletes drawn from different disciplines.

“It’s high time athletes started taking these seminars seriously and using the knowledge they acquire there to plan their future.”

“We highly commend athletes who have made great strides in establishing successful business ventures using the handsome cash incentives they earned after breaking a sweat on road and track. They definitely deserve a pat on the back for their exemplary act,” read the statement.

AK asked athletes to study the existing openings in the world of business that they can successfully pursue, including agriculture, the real estate industry, and the jua kali sectors.

“We further recommend taking courses in business administration and management. Getting an education will go a long way in helping them broaden their perspectives on how best to utilise their vast resources.”

“They may also consult with AK who are in a better position to refer them to individuals with the requisite expertise to offer better insights on investment,” concluded the statement.