Jepchirchir will concentrate her training at her Kapsabet home

•World Half Marathon record holder Jepchirchir expects her teammates in the marathon team to pose the biggest threats to her quest for an Olympics gold.

•World half marathon record holder Jepchirchir was however reluctant to disclose any plans to participate in any international events as part of her preparations. 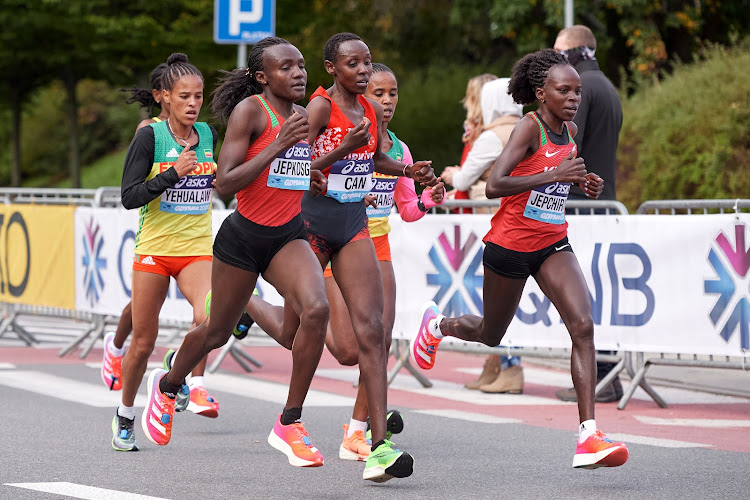 World Half Marathon record holder Peres Jepchirchir expects her teammates in the marathon team to pose the biggest threat to her quest for an Olympics gold.

"This will be my first time at the Olympics and will be  special for me. I know the battle for gold will be stiff but I will try my best in what is one of the strongest teams assembled by AK. My teammates are a serious threat,” Jepchirchir said.

The two-time world half marathon champion has been working hard in training at her Kapsabet home.

"My training for the marathon will be largely confined to Kapsabet rather than joining others in the camp. I have acclimatised to this area and feel my training will be disrupted if I move away from here," she said.

The mother of one reclaimed the World Half Marathon title in Gdynia, Poland in October last year, timing 1:05:16.

Jepchirchir closed the year with a course record of 2:17.5 at the Valencia Marathon in December.

In the run-up to the quadrennial event, Jepchirchir was, however, reluctant to disclose any plans to participate in any international events as part of her preparations.

"I cannot tell as per now because of the current Covid-19 situation. Things keep on changing but we will see what happens with time," Jepchirchir, who was due to compete at the aborted RAK Half Marathon in February, said.

Following a stellar 2020, she replaced Frankfurt Marathon champion Valary Ayabei and Sally Chepyego who were dropped from the marathon team  announced last year.