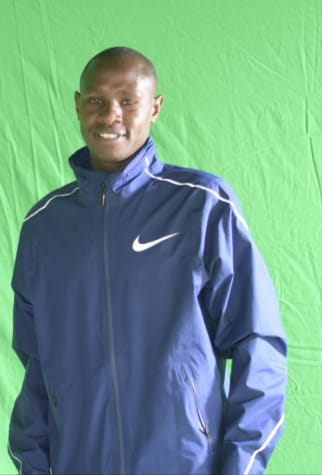 Collins Kipruto during the interview in Eldoret. He wants to represent Kenya at the Olympic Games next year after dominating 2020 World Indoor Games
Image: Emmanuel Sabuni

Kipruto, who won the 800m title in Madrid Du Pas and De Calas Lievin indoor meetings this year, hopes his training will earn him a medal from Japan.

“I want to compete for Kenya at the Olympic Games next year. My target is to win at least a medal in Tokyo Olympics. We have to bring medals for the country and this is our time to prove,"  Kipruto, a Nyahururu-based Kenya Wildlife Service officer, said.

The athlete, who started his running career in 2017 after finishing high school, is a keen admirer of world 800m record holder David Rudisha and world 800m bronze medalist Ferguson Rotich and wants to emulate the achievements of the two.

“At the World Relays in Tokyo (2019), I gained much experience then there were Diamond Leagues not forgetting Athletics Kenya track and field. With such events, I have what it takes to compete for the country at the Olympic Games,” said Kipruto in Eldoret.

As one of the upcoming athletes hoping to make the transition to the senior category, Kipruto also wants to set an example for other young athletes and the coming generation.

“As a junior, I would like to run clean and tell my fellow athletes that running has many challenges. However, with perseverance, you can make it anywhere in the world. It is like a disciplined person. Any discipline man will succeed in life at any point in life."

“We should run away from doping and if you use drugs, you are abusing God who gave you that talent. We should be careful and defend Kenya as a nation that has been producing top athletes in the world,” he said.