WE STILL HAVE WORK TO DO

•The facility which has been under renovations for the last three years is slowly coming back to life courtesy of the spirited renovation works in the recent weeks.

•The Tour has been pencilled to be hosted at the Moi Stadium, Kasarani but Metto hinted on shifting the event to Nyayo 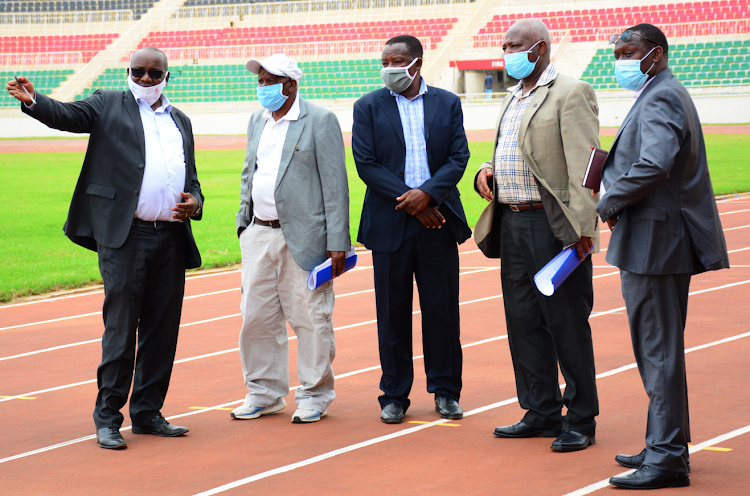 Despite the recent state of the art of the Nyayo National Stadium, Sports Kenya Director General Pius Meto says the playing surface is far from completion.

The facility, which has been under renovations for the last three years, is slowly coming back to life following spirited renovation works in the recent weeks.

Metto said after the renovation on the hardware is done, attention will shift to improving the playing surface to suit the demands of football.

The administrator revealed they have plans to upgrade the grass as well as to change the inclination of the lighting system to cover the running track as well.

He observed that the current lighting system only covers the playing surface leaving the track partially dull.

“We are in the final stages of the renovations and we are looking forward to completing the remaining work soon. However, there is still some work to be done on the playing surface as we seek to improve the grass. We are also seeking to change the lighting system to meet the demands for both football and athletics,” said Metto.

Amid murmurs that the September 26 Continental Tour, also known as 'Kip Keino Classic' could be hosted at the venue, Metto said discussions are underway to source for a new tartan track.

The Tour has been pencilled to be hosted at the Moi Stadium, Kasarani but Metto hinted on shifting the event to Nyayo subject to the replacement of the tartan track.

He said they have engaged the Ministry of Sports and the Sports Fund with a view of sourcing a new track from Mondo.

“We are in discussion with the ministry and Sports Fund with a view to replacing the current track. The current one has holes which pose a risk to the athletes. We are talking to Mondo to get us a new one which should be installed in time before the Tour. The focus is to have the Tour here as the first event after Covid-19. We are all in agreement to have it here and it's just a matter of working on a few logistics to meet all the requirements,” he added