• Rono, 67, is one of Kenya’s greatest and celebrated athletes 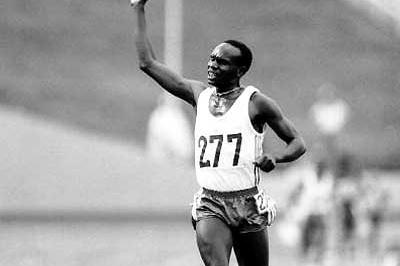 The expected return of legendary athlete, Henry Rono, back home has been received with anxiety and scepticism in his home village of Kaptarago, Kabirirsang Location, Nandi County.

Rono, 67, is one of Kenya’s greatest and celebrated athletes and one of the sons of Kabirirsang Village in Nandi County, where athletics and education are valued in equal measure.

It is an area with the highest concentration of local and international runners more than any other region, probably in the world. When Rono made a passionate appeal for an air ticket to enable him to return home after close to 33 years in the USA, many, among them his peers and relatives couldn’t believe it.

“We were all taken aback by his appeal. He’s a man of means here at home and owns a number of properties, including farms spread from his ancestral village to Molo,” said former Olympic 800m champion Wilfred Bungei.

The 2008 Beijing Olympics 800m gold medalist, who is an uncle to Henry Rono, says as a family, they wanted him to return at least to see his grandchildren grow.

“He inspired all of us and he is one of the most decorated and celebrated sons of Kabirirsang whom we miss and we hope he comes back as soon as possible,” Bungei said.

Rono has severally made similar public pronouncements on his interests to return home but all has been in vain. Henry Rono was in July 1978 decorated with the Order of Burning Spear (OBS) by the late President Mzee Jomo Kenyatta at State House, Mombasa, days before he passed on.

Korigo represented Kenya in 120 yards hurdles and 4x400m relay during the Games. When I got up with Korigo, a retired Lt. Colonel of the Kenya Defence Forces, at his Kaptarago home in Kabirirsang location, he was upbeat that his son-in-law will arrive home soon. “If he has nothing to do in the USA, I will be very happy to see him join his family and help take care of the properties he left behind, among them his 100 acres dairy farm in Molo,” Korigo said.

Rono owns land next to that of the late George Saitoti and Kipng’eno Arap Ng’eny in Molo. According to his family, his wife, who retired a couple of years ago from Telkom Kenya, where she was one of the managers, is involved in dairy farming.

Rono is also a cousin to former 800m star, Kenyan-born Dane, Wilson Kipketer. Multi-record holder and legendary Kipchoge Keino hail from Kaptakunyo, a stone throw away from Rono’s home and Ben Kogo, the 1968 silver medallist at the 1968 Olympics in Mexico City.

A family spokesman for the Rono family, Christopher Kirongo, also a retired athlete, said they had made an elaborate plan to receive him.

“We have planned for an elaborate traditional welcoming ceremony at Kabirirsang Primary School, where he (Rono) started his schooling. We anticipate a full house because Rono is a legend,” he said.

“But much as we prepare to receive him, the late Mzee Jomo Kenyatta had promised Rono some presents which have never been fulfilled and it’s only fair that he arrives at this time when Mzee Kenyatta’s son President Uhuru is in office,” Kirongo said.

Bungei said he would personally assist his uncle to start off life by helping him make a follow up on his pension with the KDF. Rono had served for 12 years at the 5th Battalion in Nakuru and participated in various international meets before joining Washington State University through an academic scholarship.

He had been supported by his village mate, Kipchoge Keino, former NOC-K president to benefit from the academic scholarship that saw him graduate with a BA Degree in Physical Education and Psychology. Rono’s brother Kipsang Meli, a civil servant in Nairobi, told The Star Sports that he was eager to meet him. “We are all optimistic he will finally return to his family sooner than later. Thirty-three years or thereabout is a long time and we can’t wait to receive him.

He left when I was young and now I am in my 40’s,” Meli said. Kabirirsang is also the home to another middle distance 800m star, 2007 World Champion Janeth Jepkosgei and former 3,000m world junior winner Augustine Choge.