•Kisumu, enjoying the support of the hostile home crowd, eliminated defending champions and fancied Nairobi while Vihiga bundled out Bungoma in the second semi-finals which was dubbed the western Kenya derby.

•Vihiga defeated Bungoma 29-23 in another tough semi-final at the same venue. 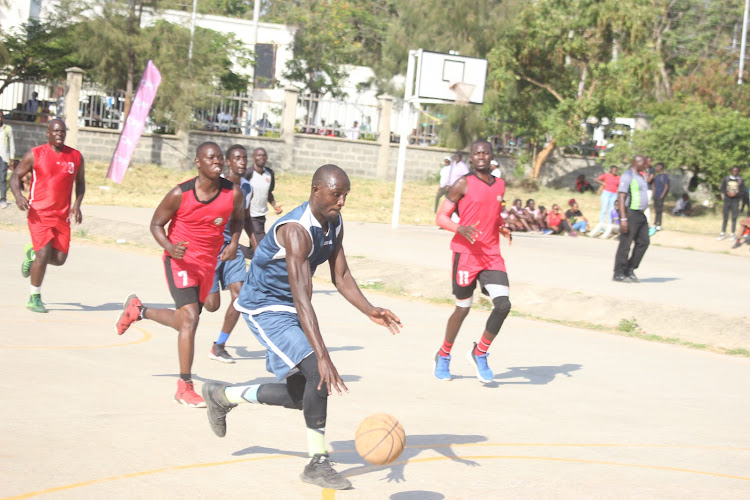 Hosts Kisumu will lock horns with Vihiga in the final of the men’s basketball at the ongoing Kenya Inter-County Sports and Cultural Association (Kicosca) games.

In the first semi-final, Kisumu saw off Nairobi 45-22 after leading 18-12 at the breather in a tension-packed match at Jaramogi Oginga Odinga Sports ground.

Kisumu, coached by veteran coach Collins Omondi, will play neigbours Vihiga in the final on Friday in a game that is expected to be explosive.

Vihiga defeated Bungoma 29-23 in another tough semi-final at the same venue. 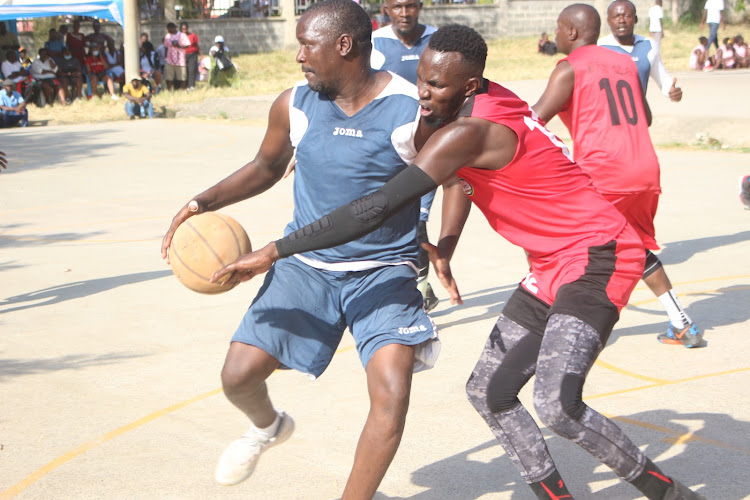 In the women’s category, Bungoma narrowly edged hosts Kisumu 25-23 in a game that was attended by Kisumu Governor Anyang’ Nyong’o. Bungoma led 14-11 at the break.

Bungoma will battle it out with defending champions Nairobi in the final. Nairobi, coached Eunice Ouma, remained on course to retain their title after walloping Uasin Gishu 64-9 in a one-sided semi-final. 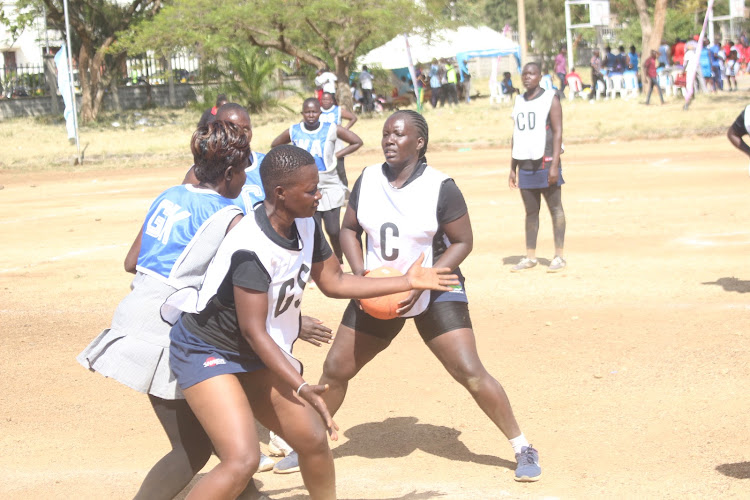 Netball action between Siaya (with the ball) and Bungoma
Image: ANGWENYI GICHANA

In netball, hosts Kisumu will play Bungoma in the final. Kisumu overcame Ombasa 49-29 in the first semi-final while Bungoma beat a determined Siaya 26-16 in the other semi-final. Kisumu captain Pamela Akinyi said: “We were the better side in the semis and I’m looking forward to lifting the trophy.”

Her Bungoma counterpart Lilian Kakai, however, warned Kisumu to expect a tough match. “We are not afraid of any team. Kisumu will be under pressure by virtue of being hosts,” Kakai noted.

In the tug of war, Laikipia will test their prowess against hosts Kisumu in the final. Laikipia overcame Kisii 3-0 while Kisumu also saw off Nakuru 3-0. Kisii had earlier eliminated champions Nairobi 3-0 in the quarter-finals. 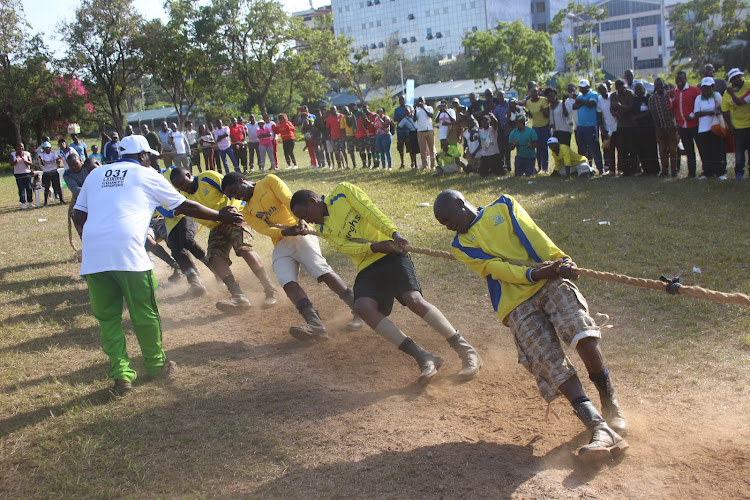 In the women’s category, defending champions Kakamega county beat Nairobi 3-0 and will face off with former winners Kisii County. Kisii beat Busia 3-0 in the other semi-finals.

In football, Kakamega were the first team to book a place in the quarter-finals after thumping Migori 4-0 while Busia ran over Kajiado county with a similar goal margin.

Devolution beat Mombasa 2-0 as West Pokot continued with their giant-killing streak with a 2-1 win over Siaya. Uasin Gishu beat Narok 4-3 on penalties while Nairobi also edged Homa Bay 7-6 in a penalty shootout. In the

In volleyball, Uasin Gishu beat Nyandarua by straight sets to qualify for the semis while Kiambu beat Murang’a by the same sets margin. Nakuru defeated Kilifi 3-0 in the other quarter-final. There was a dispute between Murang’a and West Pokot.

In the women’s category, Bungoma shocked Kisumu 3-0 as Kakamega also beat neighbours Busia by the same scores. Nairobi and Uasin Gishu also sailed to the semis after victories over Nandi and Kericho.

Nairobi opened their women’s basketball title defense with a 27-15 win against Bungoma.
Sports
2 weeks ago

Nairobi, Kisumu in basketball quarters as Kicosca Games hot up

In football, Kajiado and Vihiga counties have progressed to the last 16 from Pool ‘D’.
Sports
2 weeks ago

Nyong'o flags off Kisumu team ahead of inter-counties games