The sides will begin a three-match one-day series in Harare on Wednesday. 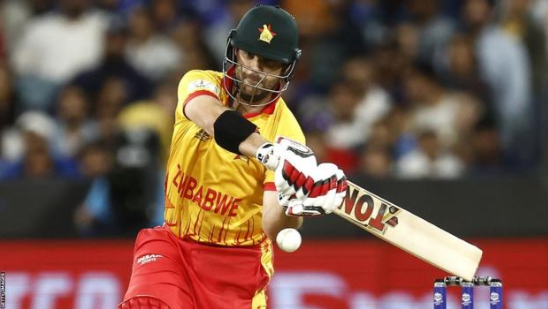 Ryan Burl's late knock of 30 helped hosts Zimbabwe clinch a 2-1 win over Ireland in the T20 series in Harare.

Burl fired two sixes and a four off successive George Dockrell deliveries to help the hosts win by four wickets.

Luke Jongwe, who also took two wickets in the Ireland innings, hit the winning four in the final ball of the 19th over but it was Burl's knock which proved key as he finished unbeaten on 30.

The sides will begin a three-match one-day series in Harare on Wednesday.

The tournament is scheduled for December 13 to 24 in Rwanda and has attracted the hosts, Kenya, Uganda and Tanzania.
Sports
1 month ago

Stokes, Green, Pooran up for grabs at IPL auction

AFP looks at five stars who could get a fat pay cheque when the 10 franchises bid in Kochi ahead of the Twenty20 tournament due to start in late ...
Sports
1 month ago

The men’s team has supplemented another embarrassing World Cup exit with a string of abject batting performances in Tests.
Sports
3 weeks ago
Post a comment
by BBC NEWS None
Sports
15 January 2023 - 19:50
Read The E-Paper