•The boxing Olympian from 2014 has urged Kenyan fans to pack the KICC ballroom's seating area and cheer him on as he dares the 27-year-old Tanzanian to an abrasive duel. 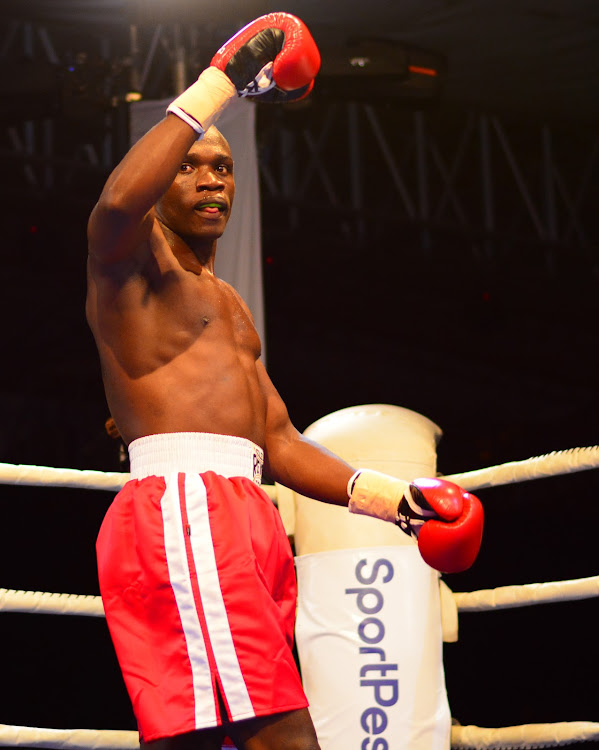 Rayton Okwiri during a recent Bout at KICC.
Image: FILE

Okwiri, 36, returns to the ring after suffering a significant setback in December, when his eagerly anticipated fight against Uganda's Kassim Ouma was called off at the last minute.

The boxing Olympian from 2014 has urged Kenyan fans to pack the KICC ballroom's seating area and cheer him on as he dares the 27-year-old Tanzanian to an abrasive duel.

"I'm pleading with every Kenyan to come out in force and support me. It's going to be a knockout. I'm convinced it won't last more than five rounds," Okwiri told the media.

"We all know what transpired on the day I was meant to face Kassim after preparing for more than three months.

Fortunately, an opportunity has presented itself for me to face Ndoro, and I don't want to let all the work go to waste "Okwiri remarked.

Their match will be the highlight of the day's lineup of tantalizing fights. In the major curtain-raiser, Tanzanian boxer Karim "Mtu Kazi" Mandonga will take on former African Champion Daniel Wanyonyi.

Mandonga, who arrived in the nation on Wednesday evening, said he is prepared to pummel Kenya's Daniel Wanyonyi.

The 43-year-old fighter from Tanzania, who is well-known for making humorous promises and declarations before fights, will take on Wanyonyi in an 11-bout fight. "Tell them that I'm Mandonga, a.k.a. "Mtu Kazi," and that Kenya has welcomed me. I feel strong and have no fear, so I will teach Wanyonyi a lesson, "said Mandonga.

"I have put in a lot of effort; those who put in as much effort as me don't fail. Woe to my opponent. I have brought the punch I promised Kenyans—a hard one made in Ukraine and known as "Sugunyo," declared Mandonga.

A pugilist from the Democratic Republic of the Congo will be included in the boxing extravaganza together with five other boxers who have traveled from Mauritius.

Franklin Imbenzi, the secretary general of the Kenya Professional Boxing Commission (KPBC), and Mike Odongo, the promoter of Solid Rock, met them all at the Jomo Kenyatta International Airport.