Suddenly, everyone is football expert, thanks to Qatar 2022

Why are we so eager to promote foreign products at the expense of our fledgling markets?

•There is a temporary shift in our streets where Manchester United, Arsenal, Liverpool, and Chelsea jerseys reigned supreme during the weekend.

•Back home, the World Cup craze has reached its peak and football fans are doing all kinds of crazy things to match the wave 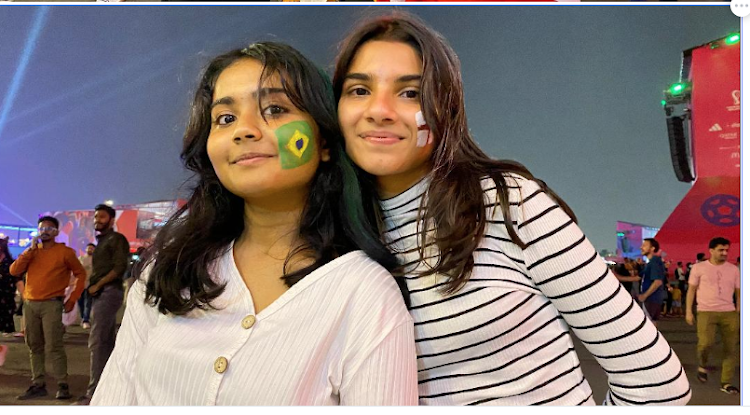 The much-awaited international football showpiece has begun with 32 teams vying for the coveted trophy.

Back home, the World Cup craze has reached its peak and football fans are doing all kinds of crazy things to match the wave. Suddenly, it seems everyone has been turned into a soccer fan.

The strong and influential sway has drawn in people who completely know nothing about football other than the names of the teams they support.

Bars in the country have recorded huge gains in business in the past few days as many people come out to enjoy and watch the World Cup matches over drinks.

Kenyan football fans tend to watch games in pubs, where they enjoy a bottle of beer while hooting and blowing for their favourite teams.

By now it's pretty obvious which team each one of us is rooting for based on the replica jerseys we rushed to buy in stores.

There is a temporary shift in our streets where Manchester United, Arsenal, Liverpool, and Chelsea jerseys reigned supreme during the weekend.

What we will see now for the next month are T-shirts emblazoned with the hues and colours of Brazil, France, England, Senegal and many other countries.

What amazes me is why such passion is not reflected in our local football. Rarely do we see football fans crowding shops to grab a Gor Mahia or Harambee Stars jersey, Right?

Why are we so eager to promote foreign products at the expense of our fledgling markets?

The same people who are now busy composing carols to praise the World Cup are known to glorify everything that touches the English Premier League. However, they will have nothing to do with local football, which they are usually quick to despise.

Let me give an understandable example. Kenyan clubs have been struggling for a long time to sell their replica jerseys which can help them generate wealth.

The jerseys of major Kenyan clubs are priced between Sh1500 and Sh3000. Recently, AFC Leopards launched three replica jerseys available for Sh2800 for members, Sh3000 for non-members, and Sh2000 for children.

Instead of rushing to buy genuine products, fans are known to jam back street stores to buy cheap and fake replica club T-shirts.

Surprisingly, the same people have no problem digging deep into their pockets to purchase jerseys of teams participating in the PL and WC.

Then one wonders why the so-called football fans flock to pubs to watch foreign leagues when local football matches are being played in empty stadiums.

A few of them I have listened to regularly rant about the poor quality of football shown by our teams, which makes attending local matches boring.

Anyone who has watched our teams play will agree they display good football. It would be unrealistic to ask them to emulate the unrivaled quality of English Football where the best talent in the world is found.

What we should ask ourselves is what has elevated the Premier League to its current status. Billions of pounds have gone into making the PL what it is.

Our league will only attain such heights if we attract the big sponsorship deals that can enable teams to sign world-class players.

Big crowds in stadiums are an attraction for sponsors, so let's stop going to clubs and start attending local matches if we want to participate in the next World Cup.