The experienced Brazilian tactician has spent more than two months with Malkia in Brazil and Serbia where the Kenya Queens have played 13 test matches(10 in brazil and three Serbia). 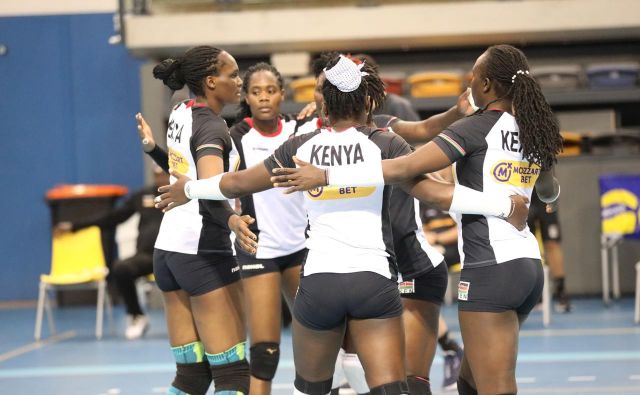 Malkia Strikers' Brazilian coach Luizomar de Moura wants his charges to shake off the underdogs' tag if they are to give a good account of themselves against an accomplished Netherlands team this evening at Gelredome, Arnhem.

The experienced Brazilian tactician has spent more than two months with Malkia in Brazil and Serbia, where the Kenya Queens have played 13 test matches (10 in Brazil and three in Serbia).

Malkia lost 3-0 (25-23, 25-16, 25-15) to Canada in their last warm-up match on Wednesday at the Omnisport Stadium. Moura said Malkia have the tools to dictate their performance and provide the ingenuity that makes the difference.

"We know the host team will have the home support and the venue will be crowded but this will inspire us to do our best," Moura offered.

"We know we are not at the same level as our opponent but we have to be patient and focused in our approach. Realistically and considering the circumstances, we can bag a set. We can't rule out winning the encounter," he said.

Save for Nekesa, the rest of the players were part of the Malkia team that made a grand return to the delayed 2020 Tokyo Olympic Games last year after a 16-year hiatus.

Setter Nekesa will be making her Malkia debut after showing tremendous improvement. The 19-year-old KCB budding player is in the form of her life after helping the bankers win the African Women's Volleyball Club Championship in June.

Chepchumba and Moim will offer the killer instinct while Wisah and Chebet will thwart the opposition attacks. Moura must address reception-Kenya's life-long Achilles heel— if Malkia are to make an impact in Pool 'B' which is considered as the group of death.

Malkia face an arduous task against Belgium on Sunday before rekindling their rivalry with eternal rivals Cameroon on September 27.

Perhaps the biggest test will be against European Champions Italy on September 29. Malkia then end their pool matches with the Puerto Rico clash on October 1.

Malkia will have a new-look team during the 2024 Paris Olympic Games if Bitok is to be believed.
Sports
1 week ago

Coach tips youngsters to take Malika queens to another level

Moura was seconded to the Kenya team by the FIVB and has overseen the training in both Brazil and Serbia.
Sports
1 week ago

The 14-member playing unit was finally named on Monday ahead of the World Championship co-hosted by the Netherlands and Poland from September 23 to ...
Sports
2 weeks ago
Post a comment
WATCH: The latest videos from the Star
by EVANS OUSURU
Sports
23 September 2022 - 05:00
Read The E-Paper