“We’re frustrated with just one point but I thought the application of the players was fantastic,” he said.

• Substitutes Hakim Ziyech and Armando Broja were both wasteful as Chelsea searched for a winner late on, and Raheem Sterling could have scored in the first half.

• It showed that the former Brighton boss was willing to take risks as his team tried to get their Champions League campaign up and running against the Austrian champions, who drew with Milan in their Group E opener. 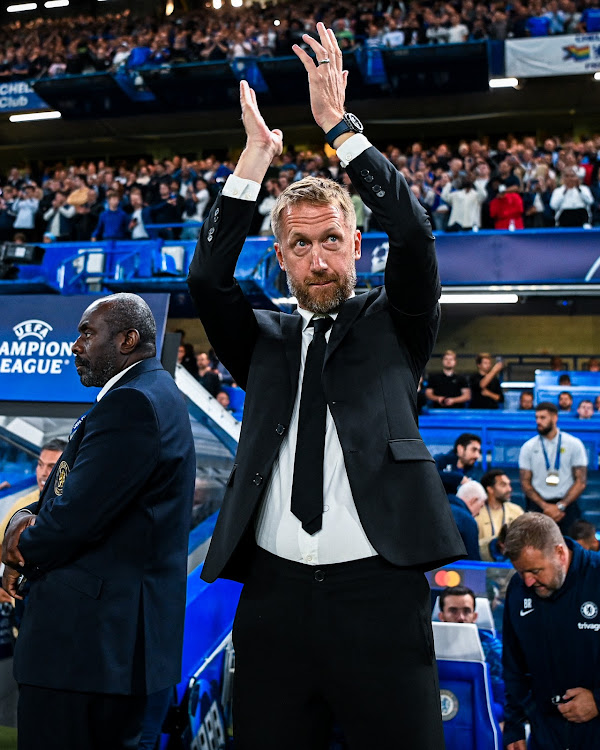 Graham Potter admitted that he’d never been to a Champions League game before he became Chelsea manager but after Wednesday’s draw with Red B Salzburg, there is a danger his time in the competition could be short-lived.

The draw leaves Chelsea bottom of Group E with AC Milan up next. For a team that won the tournament in the 2020-21 season under Thomas Tuchel, failing to reach the knockout stages would be an almighty comedown. But the recriminations can wait.

For now, Chelsea fans will be pleased that the team have responded to their 1-0 defeat by Dinamo Zagreb with an improved effort and a shift in tactics in Potter’s first game in charge, which might yet solve their Achilles heel: converting their chances.

There are still some supporters who have been left confused by the decision of Chelsea’s new owners to swap a Champions League-winning coach for one whose best European effort was reaching the last 32 of the Europa League with Swedish side Ostersunds.

Chelsea fan Matty told BBC Sport: “Graham Potter is a quality manager, but we had a world-class one in Tuchel. Potter has a lot to prove, and big shoes to fill.”

As if to underline that point, fans applauded Tuchel and sang his name in the 21st minute to show thanks for the 2021 Champions League win in Porto — where they beat Manchester City. But Potter said he was proud of his players for quickly moving on to a new manager with new methods.

“We’re frustrated with just one point but I thought the application of the players was fantastic,” he said. “They gave everything and I was very proud of how they acted today.

“It’s not been easy for them either. You know, a change of coach and all that comes with that, but their response has been brilliant. They’ve acted really well; professional, honest, responsible. So from an effort perspective, it was absolutely 100 per cent there.”

In terms of taking chances, Chelsea still lack confidence, which may take time to remedy. Substitutes Hakim Ziyech and Armando Broja were both wasteful as Chelsea searched for a winner late on, and Raheem Sterling could have scored in the first half.

But Potter’s decision to play the England international in an advanced left wing-back role reaped rewards when he slotted in the opener after the break for his fourth goal of the season, even if he was caught upfield for Salzburg’s equaliser.

It showed that the former Brighton boss was willing to take risks as his team tried to get their Champions League campaign up and running against the Austrian champions, who drew with Milan in their Group E opener.

Asked if playing Sterling in a wing-back role was risky, Potter said: “There is that possibility but obviously you have to organise around that and you don’t really want Raheem defending his box too often and I don’t think he did.

“Whatever you do, there’s always a plus and a minus. We were at home, and we wanted to be on the front foot. We wanted to get some attacking ideas in those wide positions and Raheem was really good at attacking the back lines.

“He scored a fantastic goal and I thought he was really good in the game. [Right wing-back] Reece James balances off a little bit so we can still defend in a four if we need to. That was our thinking.”

Hakim Ziyech has not played for Morocco in over a year after falling out with a former coach.
Sports
3 weeks ago

Tuchel ‘honoured’ to be part of Chelsea’s history

Tuchel, 49, was sacked as manager this week after his 100th game in charge ended in defeat by Dinamo Zagreb.
Sports
3 weeks ago

I may not be able to persuade you all to forgive my departure - but I would at least like to take the chance to say thank you-Potter
Sports
3 weeks ago
Post a comment
WATCH: The latest videos from the Star
by BBC
Sports
16 September 2022 - 00:00
Read The E-Paper