• The Dutchman beat Leclerc after the Italian team tried a questionable two-stop strategy, surrendering the lead to the reigning champion twice on track.

• Verstappen's 11th win this year puts him 115 points clear of Leclerc and means he could potentially clinch the championship at the next race in Singapore. 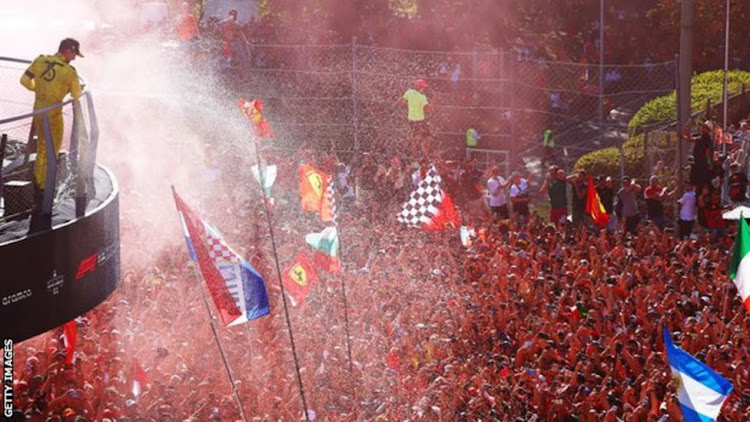 Leclerc sprays the tifosi with champagne on the podium
Image: GETTY IMAGES

Red Bull's Max Verstappen inflicted a home defeat on Charles Leclerc and Ferrari in the Italian Grand Prix to continue his cruise to a second world title.

The Dutchman beat Leclerc after the Italian team tried a questionable two-stop strategy, surrendering the lead to the reigning champion twice on track.

Verstappen's 11th win this year puts him 115 points clear of Leclerc and means he could potentially clinch the championship at the next race in Singapore.

Mercedes' George Russell took third, ahead of the Ferrari of Carlos Sainz and Lewis Hamilton's Mercedes, both of whom fought up from the back of the grid.

How Verstappen beat Ferrari at home

Verstappen drove another consummate race, moving up quickly from seventh on the grid after a penalty for excessive engine usage to be second after five laps.

He edged closer to Leclerc until a virtual safety car was deployed on lap 12 when Sebastian Vettel's Aston Martin broke down on track.

Ferrari decided to gamble on a stop, hoping to benefit from the time saved from doing so under caution, although they stopped as the VSC was ending so did not gain all of it.

Verstappen, though, ran his planned race and did not come in for his stop for tyres until lap 25.

Verstappen came out 10 seconds adrift of Leclerc and soon began to close on the Ferrari. Within seven laps, he had receded the lead to just over five seconds and looked certain to catch and pass Leclerc.

But Ferrari called Leclerc in again on lap 33, changing to soft tyres, hoping to close on Verstappen over the remaining 18 laps.

But he came out 20 seconds behind and made little progress before a full safety car was deployed with five laps to go when Daniel Ricciardo's McLaren broke down with an engine problem and stopped at the Lesmo corners.

Everyone bar Hamilton pitted for fresh tyres but officials ran out of time to restart the race, and it finished under the safety car.

There will be questions as to why the safety car initially picked up Russell rather than Verstappen, why it took so long to run through the procedures required to restart the race, and why officials could not have red-flagged the race and gone for a re-start and short sprint to the flag.

What are the championship maths?

To clinch the title, Verstappen needs to leave Singapore in three weeks' time leading by at least 138 points.

That means he would need to win the race with Leclerc retiring to become champion there.

The first of those events seems almost inevitable as Verstappen has taken total control of this season and he and Red Bull have established such an advantage that they seem to be almost unbeatable.

But Leclerc would be fancied to finish on the podium on a track that should suit Ferrari assuming he does not run into technical problems. 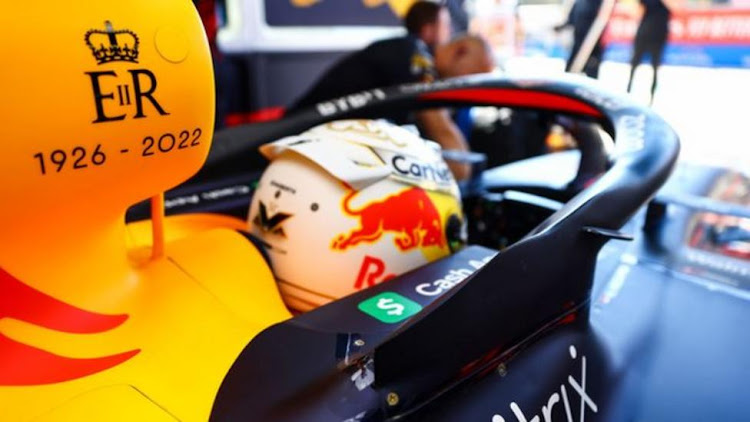 The rest of the field

Both Sainz and Hamilton drove well to move up following their penalties for using too many engine parts.

Sainz made the most eye-catching progress, but while Hamilton made a cautious start he, too, soon began to pick his way through the backmarkers and midfielders.

And as the rest of the field began to make pit stops, Sainz and Hamilton moved up into the fourth and fifth positions many expected them to achieve before the race.

And Red Bull's Sergio Perez followed them in sixth place, from 13th on the grid, despite an early pit stop and a brake fire as he resumed.

Lando Norris was the first of the midfield drivers in the McLaren, while Pierre Gasly's Alpha Tauri benefited from the retirement of Fernando Alonso's Alpine with engine problems to take eighth.

And there was an impressive drive from Nyck De Vries on his debut for Williams.

Drafted in on Saturday morning after Alex Albon was diagnosed with appendicitis, the Dutchman started eighth, promoted from 13th by the multitude of engine penalties, and drove a controlled and impressive race to take ninth ahead of the Alfa Romeo of Zhou Guanyu. 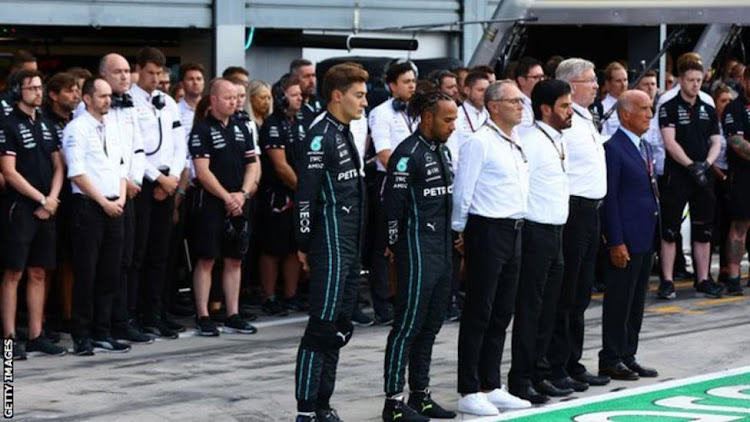 There was a minute's silence to acknowledge the passing of the Queen
Image: GETTY IMAGES
WATCH: The latest news in African Sport
Post a comment
WATCH: The latest videos from the Star
by BBC NEWS None
Sports
11 September 2022 - 18:30
Read The E-Paper