The pair lost to Canada 2-0 on Monday after losing by the same margin on Saturday against New Zealand to limit Kenya's chances of progressing to the knockouts.

• Agala who plays for Kenya Prisons said reception has been their main undoing and working on it will help them beat Ghana. 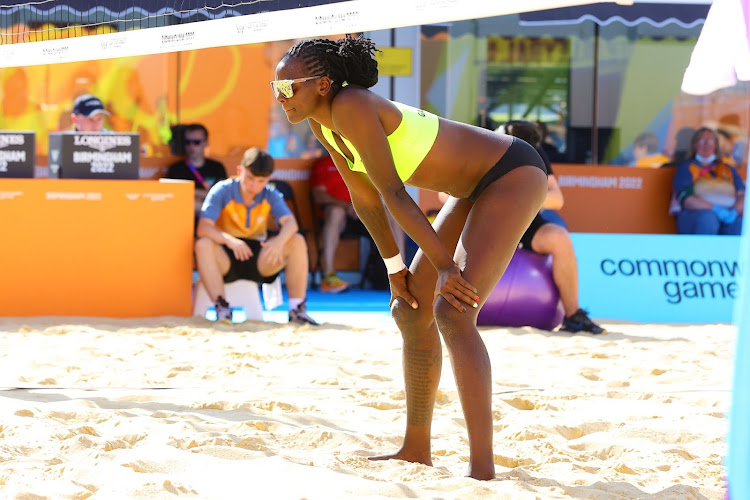 Brackcides Agala believes improvement in reception will boost their chances of sailing to the quarterfinals in a must-win match against Ghana today at the ongoing Commonwealth Games in Birmingham.

The pair of Agala and Gaudencia Makokha lost 2-0 to Canada on Monday after losing by the same margin on Saturday against New Zealand to limit their chances of progressing to the knockouts.

Agala, who plays for Kenya Prisons, said the reception has been their main undoing and working on it will help them beat Ghana.

"We played well in the first set against Canada but we gave away the second. It is a do-or-die affair with Ghana and our only hope of progressing lies in our reception," the Prisons' captain observed.

"We don't train together with Makokha. Competition is tough in this 'Pool of Death. Our opponents work in tandem. The poor performance is down to a lack of training and access to facilities. We are only assembled to train during major tournaments. We need at least four months of thorough training. Exposure is really wanting if we have to exploit our potential," a thoughtful Agala reckoned.

The pair made history last year as Kenya made a maiden appearance in the Tokyo Olympic Games under the guidance of the keen-to-detail coach Sammy Mulinge.

Makokha lamented how they were blown away by Canada but nonetheless feels redemption against Ghana would be a better achievement.

"We are getting results we didn't expect but it's time to prove against our continental rivals that we are the team to beat."

She added: "We are here to popularize the game which is no so common in Africa. We also would like to encourage juniors to develop an interest in the sport."

Makokha, Agala say they had little time in training back home

The two are set to start their fixtures on Saturday at the Smithfield in Birmingham.
Sports
2 weeks ago

Ultimatum out ahead of national beach volleyball in Makueni

All players must be registered with the Beach Volleyball Information System before Friday and must have a BIVB number-Mulinge
Sports
8 months ago
by EVANS OUSURU
Sports
03 August 2022 - 00:00