Team Kenya get boost as focus turns on Birmingham

England will host the event for the third time in history with London (1932) and Manchester (2002) having hosted the previous two events.

•With just 14 days to the multi-sport event, Team Kenya feel they are ready for the  showpiece slated for Birmingham, the United Kingdom from July 28 to August 8. 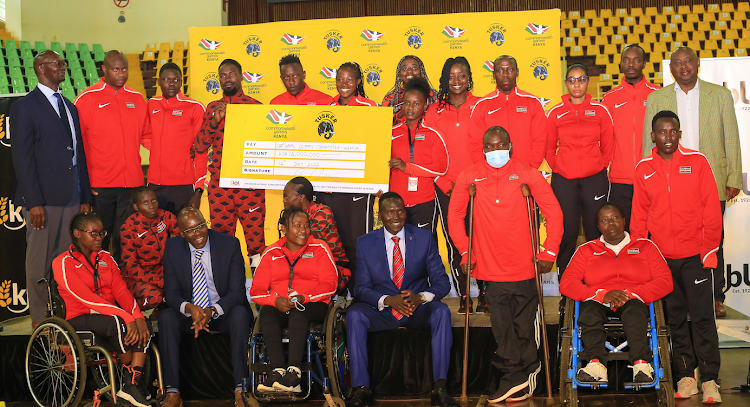 Team Kenya chef de mission to the Commonwealth Games, John Ogola says they are on the right track despite the visa application process being tedious.

With just 14 days to the multi-sport event, Team Kenya feel they are ready for the showpiece slated for Birmingham, the United Kingdom from July 28 to August 8.

“The National Olympic Committee of Kenya is in constant contact with the organisers of the Club Games to ensure everything runs smoothly,” said Ogolla.

England will host the event for the third time in history with London (1932) and Manchester (2002) having hosted the previous two events.

“I am happy to work with an entire army of hardworking teams. We are in regular touch with the organisers just to ensure that all is set. We’ve met critical timelines in regard to the games. We are also operating a bubble camp to ensure athletes and officials are safe.”

“We have teams in various residential camps but the main camp is here at Moi Stadium, Kasarani. Others are in Mombasa, Murang’a, Parklands Sports Club and Utalii. The first team will leave on Sunday while the last lot will jet out on July 25,” Ogolla hinted.

He added: “We can assure Kenyans of a successful Team Kenya outing with over 5,000 athletes from 72 nations expected in Birmingham. Once we are done with Birmingham, athletes will return in time to exercise their democratic right, which is to vote during the national elections.”

Meanwhile, East African Breweries Limited has donated Sh14 million to Team Kenya to the Commonwealth Games. EABL will give Sh5 million in cash and Sh9m in kind.

Speaking during the unveiling of sponsorship of Team Kenya, Kenya Breweries Limited managing director, John Msunga, said: “Three years ago, companies like ours were not willing to support sports because we were worried about the management structures. Nock has, however, changed that notion, turned things around, and now we can confidently invest in sports. Your integrity is unquestionable and the governance structures are improving further giving us the reason for optimism."

“We understand that the economic times are a bit difficult but we will continue supporting you. Bring back the medals with you so that we can find time to celebrate with our four brands of Tusker. We hope you’ll return as heroes.”

Deputy Commissioner of Sport, Jaxon Indakwa reiterated the government’s commitment to continue to work with the private sector for sports development in the country.

NOC-K President Paul Tergat thanked KBL for their continued support, noting that the sponsorship will go a long way in ensuring adequate preparation for the traveling contingent.

“This is the third consecutive international tournament we have worked together in the recent past and the sponsorship speaks volumes to the brand’s continued commitment to the growth and development of sports in the country. We are pleased that they have continued to stand with us,” said Tergat.