He was one of the standout performers at the two-day event during which he bagged a cumulative total of 1270 match points to reign supreme.

•As per IPSC's level of competitions, Level 4 is the second highest and prestigious tourney after Level 5

•Ndung'u was over the moon after his win, noting that certain factors had worked to his advantage 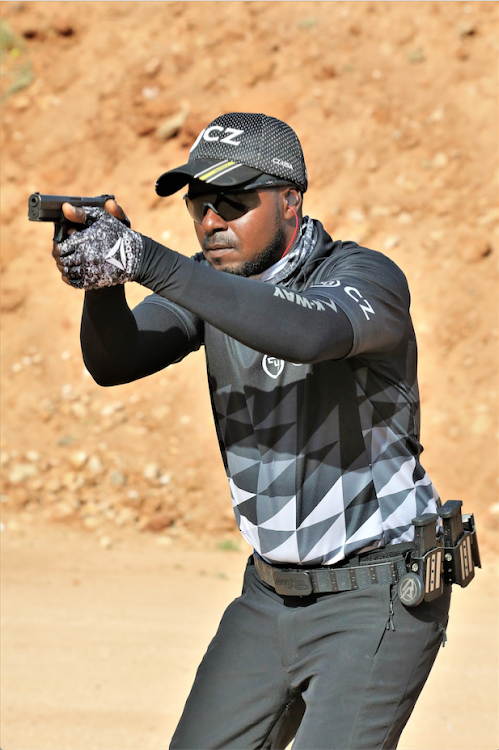 After the success of the Kenya Open Level 3 shooting tourney in Samburu over the weekend, Bamburi Rifle Club's Ibrahim Ndung'u believes the country is ready to host a Level 4 event.

Ndung'u said the International Practical Shooting Confederation event at Shaba Shooting Range in Samburu is enough evidence of Kenya's readiness to host the next elite event.

As per IPSC's level of competition, Level 4 is the second-highest and most prestigious tourney after Level 5.

"I have been to many shooting ranges around the world and can attest that what we have here is world-class and one of the best. I think this (Level 3) is the first step...we have one start-of-the-art facility here in Samburu. The next step, obviously, is to host a Level 4 championships," Ndung'u said.

He was one of the standout performers at the two-day event during which he bagged a cumulative total of 1270 match points, with a best-hit factor of 8.05 and 6.6 on Bays 1 and 3, respectively.

Ndung'u was over the moon after his win, noting that certain factors had worked to his advantage.

"The weather on Saturday was good and not too hot like the previous day.  My most exciting bays were 1 and 3 where I got a hit factor of 8.05 and 6.6. The most difficult part were the short stages where if you are not accurate, you will fall behind," he said.

Also in top form was Agnes Muchiri whose opening shot resulted in a hit factor of 5.23 on Bay 1 and 4 -flat on the 13th Bay.

In the production category, Spain's Gerald Edo exploded with a score of 720 points as Kenya Regiment Rifle Club's Sunny Syong posted 1235 match points to reign supreme in the open division.

IPSC president in Kenya for global shooting tourney in Samburu

the Russian's presence in the country is a great opportunity  to audition for additional chances to more events of such calibre.
Sports
1 week ago

This is the first time the country will be hosting this global event after staging the IDPA Africa Championship at Kirigiti, Kiambu last year
Sports
2 months ago

Chairman Memba Muriuki said they have received inquiries from as far as Europe even before the formal invitation to the event has been made.
Sports
2 months ago
by OMONDI ONYATTA
Sports
21 June 2022 - 18:18