Latvala says last year's experience has taught the team that Safari is not for the faint-hearted.

•But the Toyota boss noted that all four of the team's lineup can count on the experience they gained last year and have some idea of what to expect.

•Both Rovanperä and Elfyn Evans will be motivated for the trip to Kenya after experiencing its pitfalls on their debuts there last year. 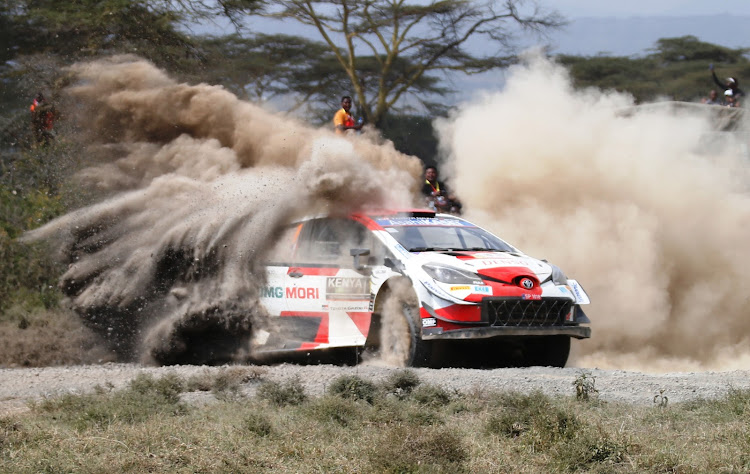 But the Toyota boss noted that all four of the team's lineup can count on the experience they gained last year and have some idea of what to expect.

“It was exciting to have the Safari Rally back on the calendar last year and even though the rally is very different to the one before, the spirit of the event is the same: it’s more about endurance than outright speed," Latvala revealed.

Latvala says last year's experience has taught the team that Safari is not for the faint-hearted.

"At one stage it looked like it would be difficult for us to even be it on the podium, and in the end, we finished one-two.  So again, this year we need to be prepared for anything and it will be another big test for the Rally1 cars.

"He went on: "The conditions can look good during reconnaissance and then turn out to be very demanding in the rally. It’s not rough all the time but you can get quite a lot of big ruts with many really soft and sandy places.."

The Toyota Gazoo Racing World Rally Team heads to the Kenyan round this week with the goal of defending its crown on the iconic African terrain.

The Safari is sponsored by KCB Bank Kenya, Toyota Kenya, Quickmart, and Kenya Wildlife Service (KWS) among others. Ogier will be making his third WRC appearance of the 2022 season as the team targets a 10th victory in the event for the Japanese marque.

The team’s first priority is to return to the podium after a challenging previous round in Sardinia, although Kalle Rovanperä still left the Italian island having increased his drivers’ championship lead to 55 points.

Both Rovanperä and Elfyn Evans will be motivated for the trip to Kenya after experiencing its pitfalls on their debuts there last year.

Takamoto Katsuta, on the other hand, travels back to the scene of his maiden podium finish (after finishing second to Ogier one year ago) as he looks to continue his 2022 scoring streak for TGR WRT Next Generation.

Having previously featured incredibly long stages on roads that were still open to the public, today’s Safari Rally runs in a format similar to other modern WRC rounds.

Still, the drivers and cars face incredibly demanding gravel roads with some very rough and rocky sections, while the weather has the potential to dramatically change the conditions in a very short space of time.

Meanwhile, Sébastien Ogier and Benjamin Veillas will drive one of the four Yaris Rally 1 cars for Gazoo, replacing Esappeka Lappi for the Safari.

Ogier told the Toyota Gazoo Racing website: “I’m looking forward to returning to Kenya. Last year we had a really nice welcome and a great atmosphere. It was something special and different from what we are used to. To win was the cherry on the cake and it will be great to try to repeat that this year with a bit of knowledge of what to expect from the stages."