Winners in both the men’s and women’s categories will get Sh250, 000 with second-placed athletes taking home Sh75, 000.

•Nyokaye, who trains at Mochenwa in Nyamira, said he is ready to challenge for a podium finish.

• According to Athletics Kenya (AK) Nyanza South chairman, Peter Angwenyi, there will be awards for top local runners. 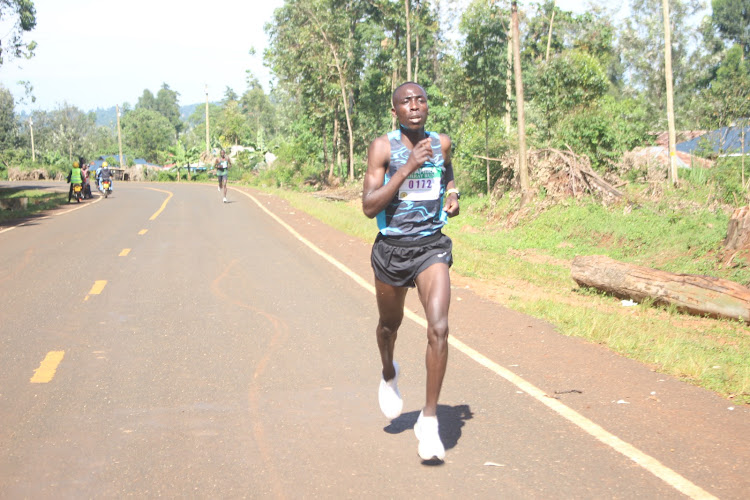 Enschede Marathon runner-up Enock Onchari is among the top athletes who have confirmed participation in this Sunday’s Nyamira Great 21kms race.

Onchari, who holds a personal best of 2:07.52 in the marathon, will be up against veteran marathoner Sammy Nyokaye, Fredrick Morang’a, Paul Macho and Richard Atuya, Emmanuel Ngantuny and Paul Machoka. “I’m eyeing a podium finish on Sunday. I have recovered fully and am §in good shape,” said Onchari.

Nyokaye, who trains at Mochenwa in Nyamira, said he is ready to challenge for a podium finish. “Being at home, I will work with y training mates to ensure that we win the race,” said Nyokaye.

According to Athletics Kenya (AK) Nyanza South chairman, Peter Angwenyi, there will be awards for top local runners.

“Registration is being done at the venue and the Mpesa Pay bill is 8043785. The registration fee is Sh1, 000 and the exercise will conclude on Saturday evening.  We expect more than 300 athletes to take part in the inaugural 21kms race,” Angwenyi noted.

The race is an initiative of Nyamira County to tap talent and revive athletics in every sub-county as witnessed during the five-part series.

The 21kms race is the final event of five-part road races and cross-country series which were held in all the five sub-counties.

Governor Amos Nyaribo is expected to flag off the race at Chepilat shopping Centre at 9 am.  The race will start at Chepilat and finish at Ikonge Primary school. 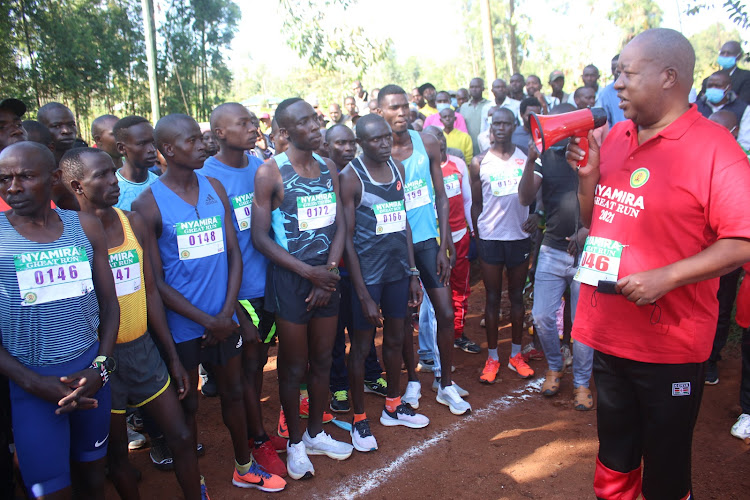