Go-getter Masalange rocks the world of referees and umpires

•Her passion for sports has apparently trickled down to her dotting children who are currently pursuing different disciplines.

•And down at the academies, there are two sets of parents just as well — those who cooperate with her and those who feel it is a waste of time for their children who they feel should be better off pursuing academic paths. 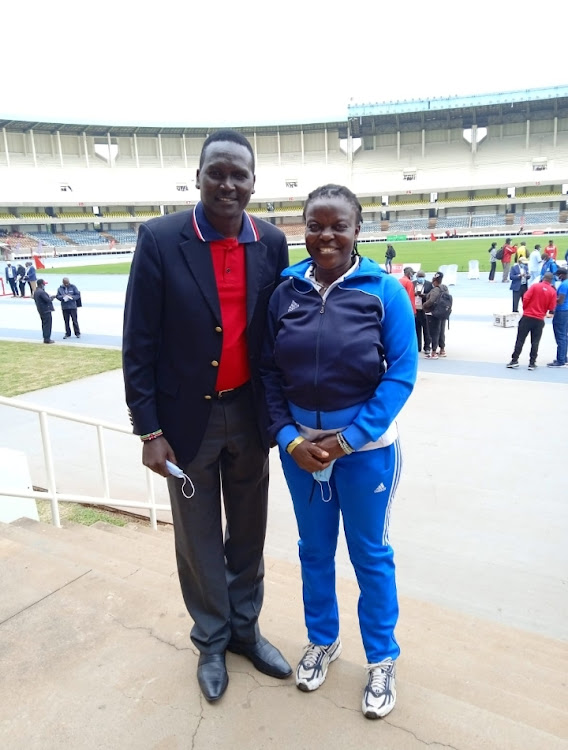 The world abounds with stories of heroes who overcame adversities to become the greatest in their fields.

From Oprah Winfrey's scarred childhood to Bill Gates's failed business ventures, these people have been through the grinder and came out more refined than ever. Their stories underline one of the most important virtues of all: Never ever give up.

Agnes Masalange, 48, aptly represents the average Kenyan woman who has successfully managed to fend off stereotypes and gender profiling to bask in local and international limelight.

Her difficult past didn't stop her from becoming the force she is today. Through resilience and unmatched determination, she has carved herself a niche in the hall of the world's most celebrated volleyball referees and table tennis umpires.

Born in 1974, Masalange spent her formative years in Bungoma County, where her interest in sports gradually blossomed like a flower.

At both levels, she kept her interest in school games burning and her dreams of turning into a great sportswoman alive.

“Yes. I played volleyball, participated in athletics, played table tennis and badminton. We performed well and went up to the provisional level and regionals level,” Masalange said.

As Masalange grew older, her broad options thinned out and she ultimately narrowed down her interests to volleyball and table tennis. She refined her skills so well to an extent her polished act in the inter-school games attracted the attention of hawk-eyed club coaches who graced the games to scout for talent.

Upon completing high school in 1991, Masalange would soon land an opportunity to play for the Kenya Prisons volleyball team where she plied her trade for a full season between 1993 and 1994. 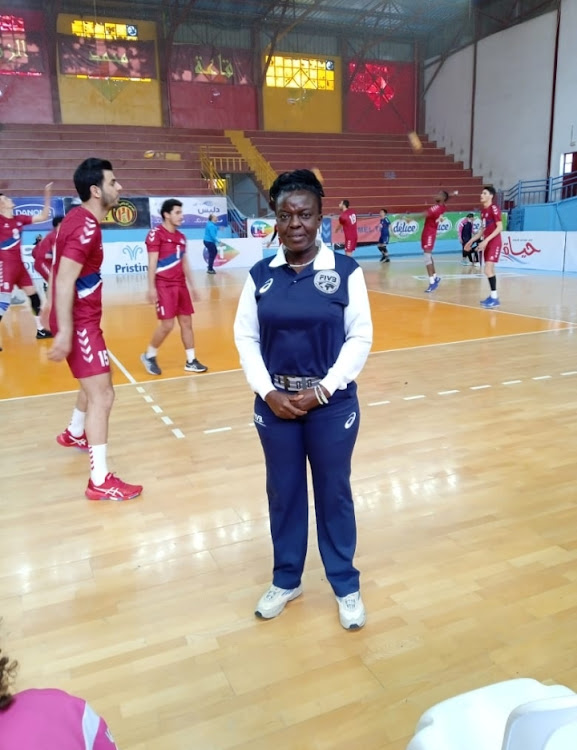 Shortly thereafter, she secured a job on the strength of her excellent exploits on the volleyball court both as a setter and right attacker.

“I played for Prisons for a short while and later joined Nairobi County. I was employed by the county government in 1998 after proving myself in various competitions. I was employed because I was good in volleyball,” Masalange said.

Masalange's only regret is that she never got to rise to the heights of donning the national colours and flying the country's flag on the international stage.

“No, I have never played for the national team because at that time the competition was very stiff,” Masalange said.

After many years spent lighting up the volleyball and table tennis arenas, age has eventually caught up with the once vibrant player who has since settled down to establish the Zebra Community Sports Club at Utawala in Nairobi.

This is a sports academy that entwines sports with moral values. “It's all about naturing talent in the young  people, shaping their behaviour and providing them with a conducive environment to have fun.”

Masalange points out that she set up the academy to offer children what she missed in her formative years. “I grew up when sports was not very important in life but as I was growing, I joined sports activities at school and I have seen the benefit of sports as a person.”

“We have all noticed the kind of lifestyle children live in most homes where they are constantly glued to the television sets and mobile phones. We are going to lose a whole generation if we don't intervene. Only sports can bring the desired change.”

Masalange reckons that there is a growing need for a country to invest heavily in children given their status as future leaders.

“If we shape them early, we will have a great nation ahead. We are using sport as a tool for development. Additionally, we tackle topics in social change, teenage pregnancy, drug abuse and relationship as well. ”

Masalange says only children who are nine years and above are admitted to the academy and the sport they select is pegged on their cognitive abilities.

“For example, darts can only be played by participants who are mature enough, mostly those who have attained the age of 18 and above.” 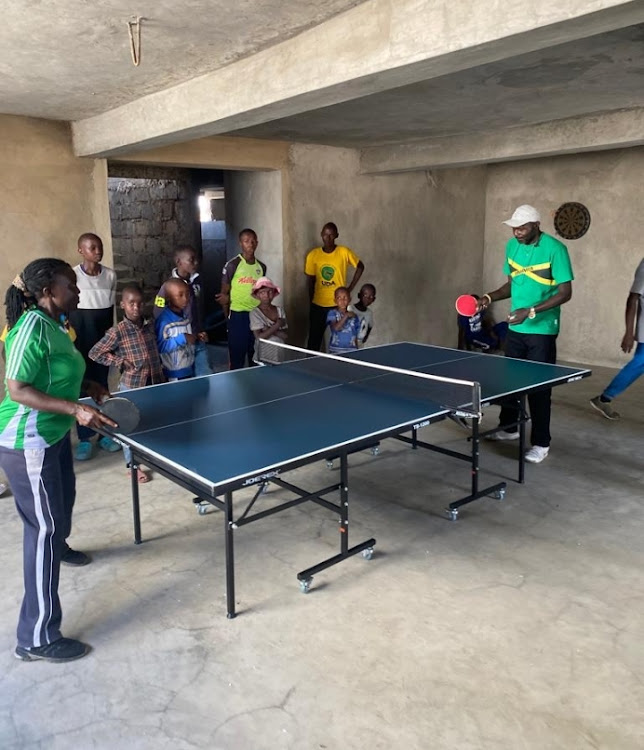 Masalange teaching table tennis with one of her coaches at the Zebra Academy.
Image: HANDOUT

Like many ventures in their nascent stage, the academy is experiencing some teething problems which Masalange believes will fizzle out into the background with time.

“About charging. For now, I am offering everything free of charge, but with time, if the group increases, I will need more coaches and, of course, they will need some stipend,” Masalange said.

To spread her wings far and wide, Masalange ensures the academy increases its catchment area by offering as many sports disciplines as possible.

“At the moment, we have a wide array of sporting activities including volleyball, taekwondo, handball, table tennis, boxing, karate, chess,  draft, darts and aerobics. Most of them are indoor games because of the limited space. We also offer dance classes.”

Masalange says she runs her programmes with like-minded coaches willing to offer their services free of charge given she is currently grappling with deep-seated financial constraints.

“The coaches offer services on a voluntary basis. Most of them are coaches I normally meet during sports events I attend while others are colleagues at work,” Masalange said.

All that happens when the children are on holiday and also at the weekends between 10 am and noon before they break to resume later in the afternoon between 2:30 pm and 4 pm. Whereas Masalange appreciates the government's sustained efforts in nurturing the large pool of talent in the country from a tender age, she notes that such efforts are nipped in the bud by self-centered individuals out to fulfill vested interests.

“The government is doing its best to promote talent in the country only that people entrusted with running the federations end up pursuing their own selfish interests.”

And down at the academies, there are two sets of parents just as well — those who cooperate with her and those who feel it is a waste of time for their children who they feel should be better off pursuing academic paths.

“Some parents cooperate a lot but others are not willing to bring their children to the academy because they prefer them indoors especially now that there is the fear of contracting Covid-19. Most parents are worried about their children's health. However, a good number of parents are quite positive about the whole idea.”

“Most children remain glued to TV and phones for the better part of the day, which makes them too lazy to engage in sports. Their parents also pamper them  too much to an extent they hate taking instructions yet in sports, you have no option other than obeying the rules of the game.”

Other than the headache of trying to convince parents to allow their children into her academy, Masalange says the industry is also fraught with a wide range of challenges. 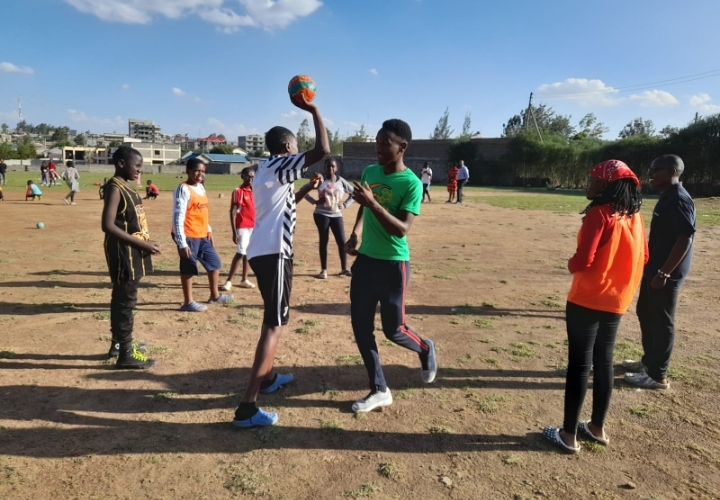 Members of the Zebra Academy during a handball session.
Image: HANDOUT

“We lack the necessary social amenities in this area including a sports ground. Worst still, people do not even advocate for sports.”

The extensively traveled sports administrator reckons she will soon fulfill her dream of securing an international partner for her academy.

“I'm still in the process of having a partnership with some people from other countries but at the moment there's none,” she says.

But Masalange must delicately juggle lots of different things at a go. Besides running the academy, attending lessons in college and globe-trotting to honour international tournaments, the mother of three who works as a youth and sports officer at the Nairobi County government must also find adequate time to look after her family.

“It's just a matter of creating time, arranging myself systematically, because I'm also a student at Laikipia University undertaking my post-graduate Diploma in Sports Science and Management.”

Her passion for sports has apparently trickled down to her dotting children who are currently pursuing different disciplines.

“My children are all in college now. My son, Walter, who is taking Geospatial Engineering at the Technical University of Kenya was once the captain of the handball team. He now features for the Buccaneers handball club.

Masalange is an intellectual in her own right. She has in her possession a Bachelor's degree in Early Childhood Education conferred on her by Maasai Mara University. She also studied supervisor skills management at Baringo KSG.

To elevate her status in the competitive world of volleyball refereeing and table tennis umpiring, Masalange has pursued professional courses in Level I coach Paravolley and the World level I Para volley which she undertook in Bangkok, Thailand.

And, indeed, the dividends have been handsome considering the bumper harvest she has secured from her determination and hard work. 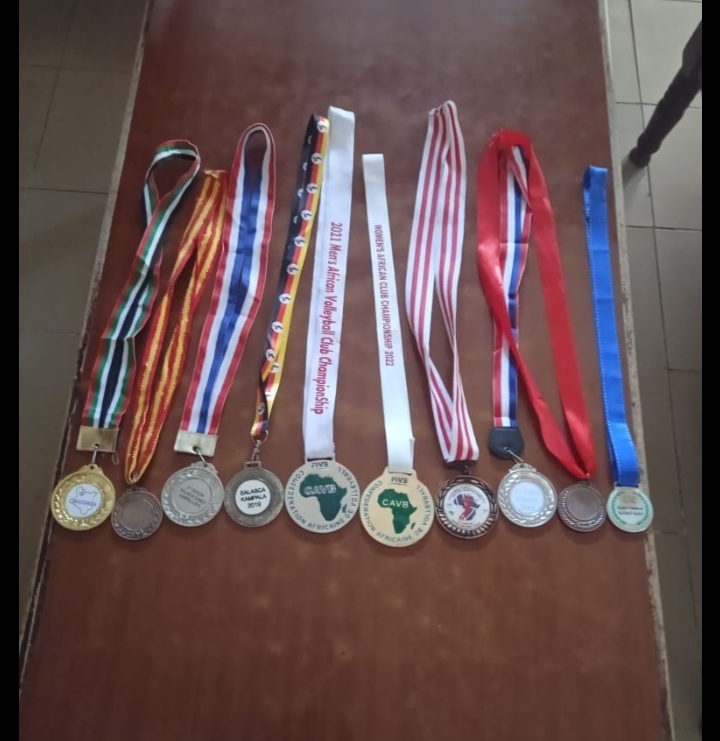 An array of medals Masalange has collected in her stellar career.
Image: HANDOUT

Masalange says she is wholesomely enjoying the benefits that accompany her roles as a referee and umpire.

“Travelling to officiate abroad has given me the rare experience of meeting, socializing, exchanging culture and seeing historical places like pyramids in Egypt,” she proudly says.

She also has the privilege of interacting with People Living With Disabilities after pursuing a special needs course. “It has helped to communicate effectively with the deaf and interact with them.”

She has traveled extensively in her role as an umpire and referee.

“I went for seminars in Egypt which enabled me to acquire more skills and knowledge about volleyball. I got an opportunity to visit The Genocide Museum in Rwanda and toured many  historical sites in Uganda.”