•The Blazers pair of Tracy Karanja and Caroline Guchu make a return to the squad and so does Strathmore Scorpions attacking midfielder Gilly Okumu. 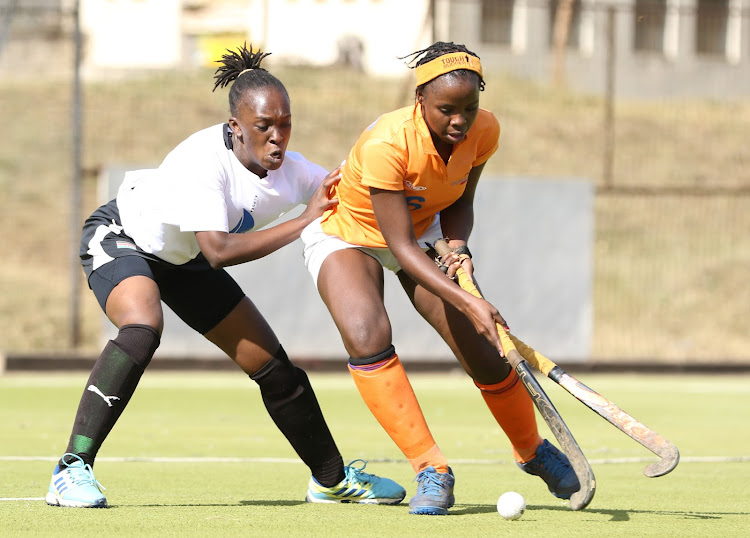 The Kenya Hockey Union has named a 30-member provisional squad for the Birmingham 2022 Commonwealth Games scheduled for July.

The Blazers pair of Tracy Karanja and Caroline Guchu make a return to the squad and so does Strathmore Scorpions attacking midfielder Gilly Okumu. The trio were overlooked during the African Nations Championship in Tunisia.

Six defenders will battle it out for the final 18 slots that will be announced prior to the tournament. Captain Rhoda Kuira is a sure bet to make the squad. Blazers have eight players in the team while Spartans (6) and Kisumu-based Lakers (5) also enjoy a fair share of the slots.

KHU secretary general Wycliffe Ongori said performance will be used to select the final 18 players. He was non-committal to when the team will report to training camp.

"The team was supposed to report to camp on Tuesday last week but there was no development. We are waiting for communication from the National Olympics Committee of Kenya (NOCK) to give us the go ahead to join camp," Ongori said.

"All the players in the team have equal chance but it will all be about performance."

Nyabuto 21, sustained an ankle injury on May 5th in their 3-2 loss to Kenya Police in the Gold Cup club invitational hockey tournament at the ...
Sports
1 month ago

However, Ochieng observes that this can only happen if they play as a team.
Sports
1 month ago
by EVANS OUSURU
Sports
20 May 2022 - 10:31