• "The players have come off age and hopefully, they'll give their best. We are going for the title but finishing second won't be a bad outcome either. The Lionesses must roar in Tunisia," —Munala.

• KCB will be banking on Malkia Strikers' captain Mercy Moim, star left attacker Sharon Chepchumba and Edith Wisa who is the team captain. 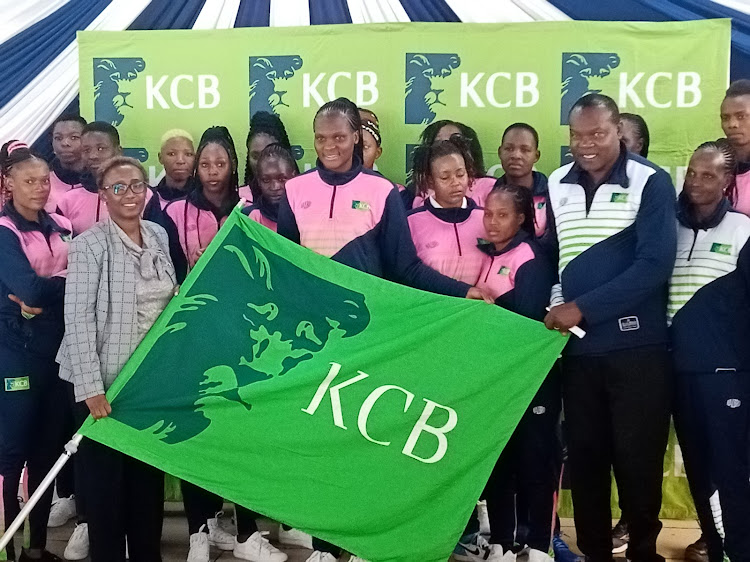 Kenya Commercial Bank coach Japheth Munala believes his charges have what it takes to fight for the African Women's Club Volleyball Championship title that serves off in Tunisia this weekend.

Munala said the bankers utilised the coronavirus pandemic period to build a well-oiled team with a blend of youth and experience. KCB last won the African showpiece in 2006 in Mauritius under coach Paul Bitok and managed bronze both in 2007 and 2008. They finished ninth in 2019.

"The pandemic was a blessing in disguise for us because we assembled a team that has so far gelled well and look complete. We performed poorly last time because the team was new with young players and the chemistry was lacking."

"The players have come of age and hopefully, they'll give their best. We are going for the title but finishing second won't be a bad outcome either. The Lionesses must roar in Tunisia," Munala observed.

KCB will be banking on Malkia Strikers' captain Mercy Moim, star left attacker Sharon Chepchumba and Edith Wisa who is the team captain.

New players Faith Imodia, Sharleen Sembel and Magdaline Mwende hope to impress while 19-year-old budding setter Immaculate Nekesa has a chance to silence her doubters in her maiden international appearance.

Wisa reckons that training indoors has helped players sharpen their skills. While the team has played some build-up matches, Wisa thinks lack of competitive matches could wreck havoc to the team's chances.

"We have trained indoors and ready for the task. We are not under any pressure  at all but we have to deliver good results in order to repay the faith shown in us by the management."

"Lack of matches might affect us to some extent because its through competition that we can find the chemistry  and work on our weaknesses. This is a good platform for the junior players to gain experience."

"I believe in my players. Carthage and Al Ahly are strong  but we are equally competitive."

The team left today morning. Kenya Prisons and Kenya Pipeline are the other Kenyan representatives.

Prisons are yet to win this season after firing blanks in their two weekend matches.
Sports
8 months ago
Post a comment
by EVANS OUSURU
Sports
19 May 2022 - 05:00
Read The E-Paper