In his absence, Osano and Ochoro will battle it out for a starting place

•Njunge injured his knee as City Stars took on second-tier side Kibera Black Stars in a friendly game last week in Ngong Vapor.

•At the same time, City Stars face Ulinzi Stars at the newly opened Ulinzi Sports Complex in Langata on Monday. 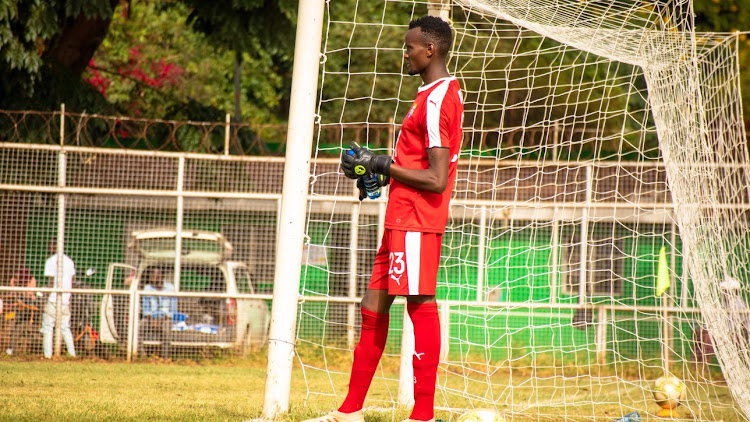 Nairobi City Stars have suffered a blow after a knee injury ruled out first-choice goalkeeper Stephen Njunge for the rest of the season.

Njunge injured his knee as City Stars took on second-tier side Kibera Black Stars in a friendly match last week in Ngong Vapor.

According to the City Stars website, Njunge was forced to leap off the field barely eight minutes into the match following a collision with an opponent.

According to team physio Brian Odongo, Njunge has been advised by the doctors to stay out for a while to recover fully.

“Examinations were done on him and it was found out that he strained his knee. Active rest for three months has been recommended with treatment and medication for full recovery to be achieved,” said Odongo.

Njunge said; “I feel really sad that this has happened at a time when I wanted to contribute to the team as we head towards season-end. I pray for a faster recovery."

City Stars head coach Nicholas Muyoti is disturbed at the realisation that his top keeper is now out for a few months.

“It is very sad to lose him at this point of the season. I wish him a quick recovery. His presence had a good effect on (Jacob) Osano and I hope (Elvis) Ochoro will step up and give competition.” said Muyoti.

Njunge had made the Simba Wa Nairobi squad in 20 of 25 games played in the current FKF Premier League season.

At the same time, City Stars face Ulinzi Stars at the newly opened Ulinzi Sports Complex in Langata on Monday.

The match was earlier scheduled for the Kericho Green Stadium on Saturday (today) prior to the postponement.

The change in date and venue, following Ulinzi Stars’ request, has since been communicated by the league managers.

The Easter Monday game will be historic as it will be the first-ever top-flight game at the newly commissioned facility.

The two clubs faced off last Sunday in Ruaraka in a rescheduled game from November 2021. It ended 0-0.