The 20-year old is also among the 12 junior players mostly drawn from the under-21 side to complete the 19-member squad.

• It will be the first time the Blazers whiz kid plays at the biggest competitive stage despite playing in friendly matches against Uganda last year.

• Chebet was dropped for the 2019 Olympic qualifiers and must prove herself now to be granted more opportunities in future. 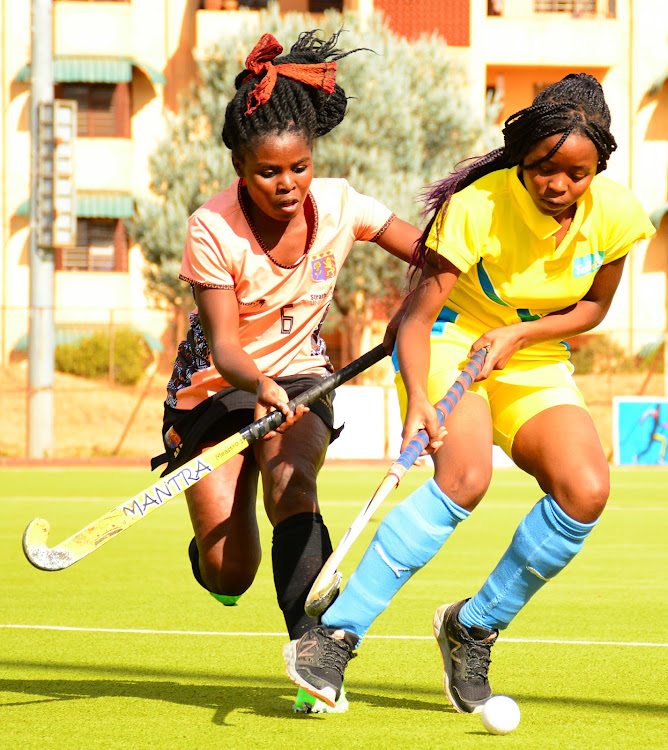 Eleanor Chebet has promised to deliver better results for Kenya after making the final cut in the national women's hockey team for the Africa Cup of Nations  Championship on Thursday.

The week-long continental showpiece at the Theodosia Okoh Hockey Stadium in Accra, Ghana is scheduled for January 17-23 with Chebet among the five strikers named for the event.

The 20-year-old is also among the 12 junior players drawn from the under-21 side to complete in the 19-member squad.

It will be the first time the Blazers whiz kid will play at the biggest competitive stage apart from a friendly match against Uganda last year.

The prospect of a debut and making an impact is exciting for the talented player who has vowed to leave her heart on the field in a bid to lift Kenya.

"The wait to play internationally is finally over. I am happy to make the squad but I want to be judged according to my performance. I am ready for the big stage and I will do whatever it takes to make the grade," the Misikhu girls alumnus bullishly stated.

"It is a dream come true to don the national colours and the coach can count on me. My target is to be on the score sheet and not necessarily to be the top scorer. I don't feel any pressure at all because I believe we are well prepared  and I am confident we are going to do well."

Chebet was dropped for the 2019 Olympic qualifiers and must prove herself now to be granted more opportunities in the future.

She finished the  2019/2020 season as the runner-up top scorer for Blazers with seven goals and as many assists and remains one of the most reliable for her club.