Spectators were barred from Tokyo venues and athletes had to abide by draconian rules in a 33-page ‘playbook’ ­— making normal Olympic Village life impossible.

• No sooner had the flame been extinguished in Tokyo, however, than a Winter Olympics loomed under the deepening shadow of a new Covid-19 variant and politics with a diplomatic boycott of the Beijing showpiece gaining traction. 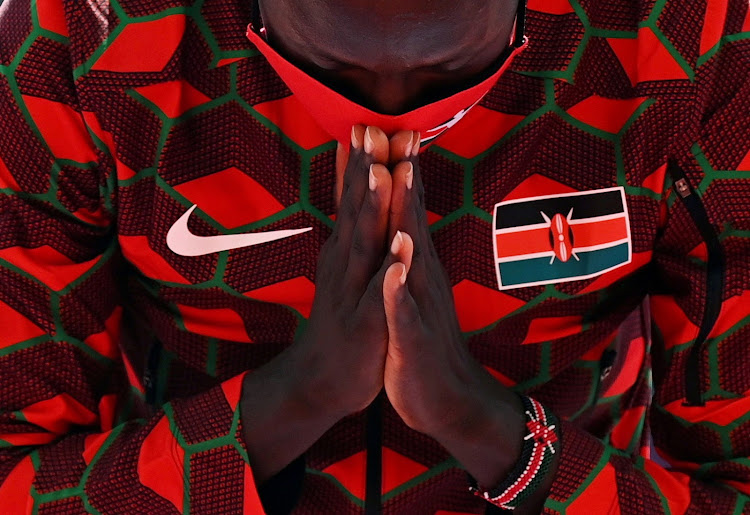 Emmanuel Korir of Kenya wears a protective face mask on the podium after winning the 800m gold medal at the 2020 Tokyo Olympics
Image: REUTERS

The sporting world staggered into 2021 as the Covid-19 pandemic raged and while it would be a stretch to say it is finishing the year with a sprint, a sense of normality has returned despite the lingering threat of the virus.

Regardless of what the doom-mongers and the thousands of people in Japan bitterly opposed to staging the delayed 2020 Olympics said, the Games went ahead, even if they looked and felt very different to any previous edition.

Soccer stadiums that had fallen silent around the world were once again brimming with cheering fans, Wimbledon’s Centre Court sprang back to life as the world’s most iconic tennis event returned after a year’s absence and crowds walked the fairways as hostilities were resumed in golf’s Ryder Cup.

The action came thick and fast as the narrative switched from Covid-19 decimation of events to athletic achievement and, unfortunately, the more unedifying underbelly of sport — greed, politics, discrimination and doping.

When, in March last year, the 2020 Tokyo Olympics became the first Games to be cancelled for reasons other than war, the International Olympic Committee (IOC) predicted its staging a year late would become a “beacon of hope” for the human race after so much of normal life was brought to a standstill.

Yet by the time tennis player Naomi Osaka lit the flame on July 23, Tokyo was still under emergency Covid measures and 70 per cent of the Japanese public were opposed to the Games. 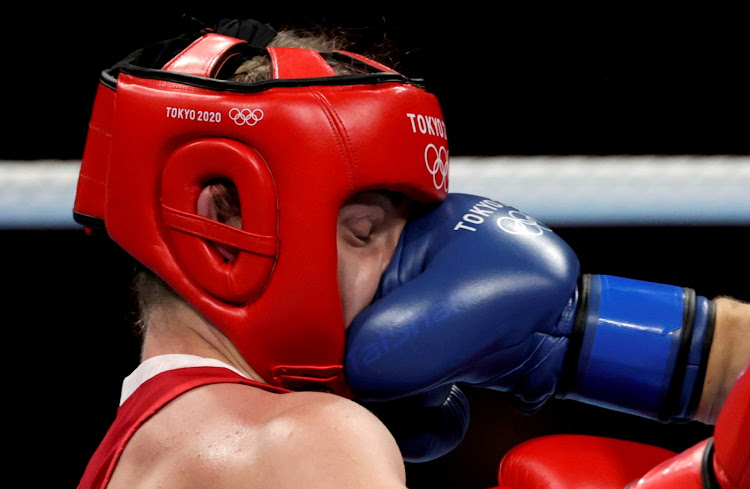 Nouchka Fontijn of the Netherlands in action against Lauren Price of Britain during the 2020 Tokyo Olympic Games
Image: REUTERS

Spectators were barred from Tokyo venues and athletes had to abide by draconian rules in a 33-page ‘playbook’ ­— making normal Olympic Village life impossible.

It speaks volumes for their skill and dedication, however, that the 11,000 or so competitors at the Olympics and the 4,500 at the Paralympics, made sport a shining light in the gloom.

While the moment high jumpers Mutaz Essa Barshim of Qatar and Italian Gianmarco Tamberi agreed to share gold at the end of a thrilling competition in which they could not be separated — would have even had the cynics going misty-eyed.

No sooner had the flame been extinguished in Tokyo, however, than a Winter Olympics loomed under the deepening shadow of a new Covid-19 variant and politics with a diplomatic boycott of the Beijing showpiece gaining traction.

While no fans were present in Tokyo, crowds did return throughout the year elsewhere. Although it was by no means a smooth process. 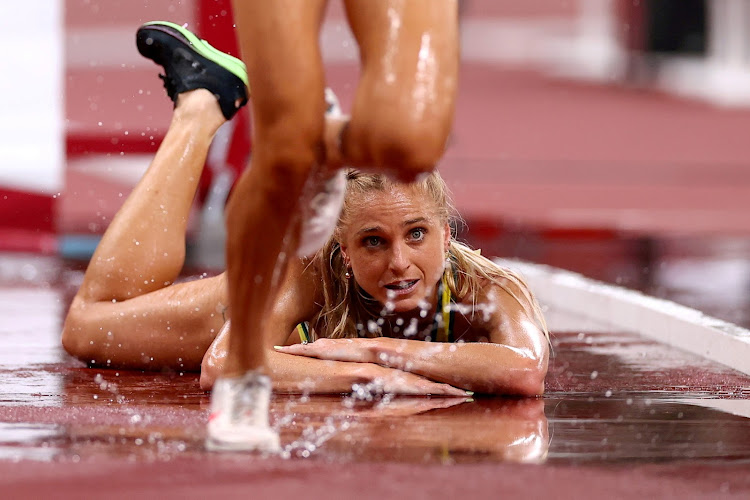 Genevieve Gregson of Australia reacts after falling down during the 3000m steeplechase race during the 2020 Tokyo Olympic Games
Image: /REUTERS

The fragility of the situation revealed itself at the delayed Australian Open tennis in February when fans were banned for five days mid-tournament after Melbourne’s snap lockdown while last month the Davis Cup Finals ties in Vienna went ahead without fans after surging infections.

Europe’s big soccer leagues were played largely without fans in the 2020-21 season, punching a hole in clubs’ balance sheets with Barcelona blaming the pandemic for losses of 481 million euros in the financial year.

The year’s second-largest event, the delayed Euro 2020 soccer championship, went ahead across 11 host cities from Baku to Seville as mainly modest crowds watched the group games with various Covid-19 restrictions in place. 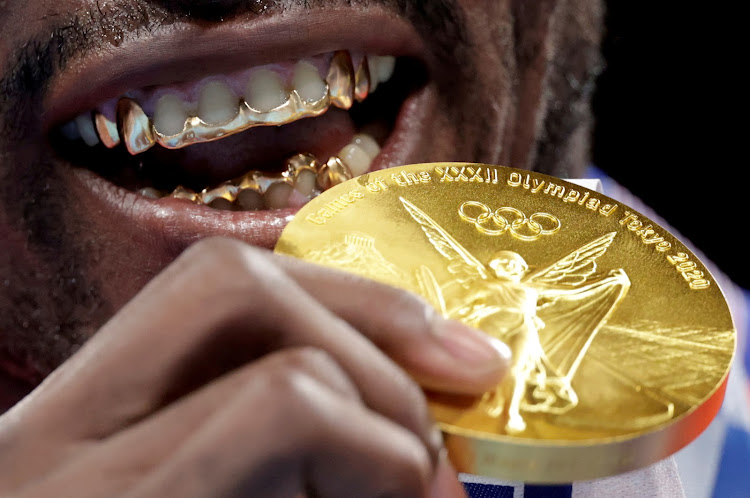 But on a rainy night in London on July 11, 67,000 fans packed into Wembley with tens of thousands more outside as England took on Italy in the final.

What should have been a celebratory night turned sour, however, as the pent-up emotions of England’s long wait to reach a final and more than a year of lockdowns exploded into scenes of alcohol-fuelled mayhem described in a report this month as a day of national shame.

And as a cautionary tale, the final in which Italy beat England on penalties was shown later to have been a “superspreader” of Covid-19 with data suggesting more than 5,000 people were infected in and around Wembley Stadium.

The year ended with society, and sport, tackling a worrying new Covid variant and sports bodies will be watching anxiously over the next few weeks as the virus refuses to be beaten.