• "So far we are doing some work on the steering as we have had a few issues in the past rallies," said Miranda.

• Miranda is currently lying second on the KNRC Division Two log with only two events remaining. 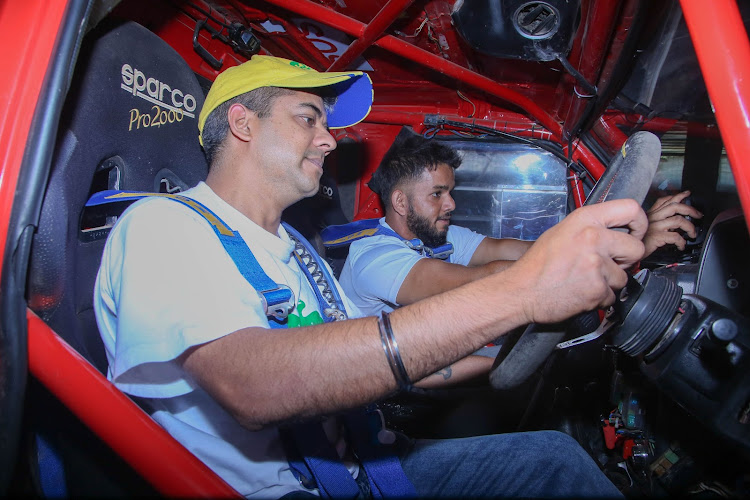 It's all systems go as the two-car Team Goa gears up for the penultimate KCB RSC Thika Rally which is programmed to start and finish at Mount Kenya University on Sunday.

Speaking during a pre-event interview, Miranda, who formed Team Goa earlier in the year along with Fernandes, noted that the KNRC offers them a great deal of technologically diverse challenges.

He added that their participation in Thika this weekend will demonstrate the team's preparation excellence and anticipation, and will also help to enhance their two-car Subaru experience for the season.

Miranda, who has participated in KNRC events for over a decade said: "So far we are doing some work on the steering as we have had a few issues in the past rallies. We managed to change the steering rack and pump and now we are working on the pipes."

"We formed Team Goa at the beginning of the new season when some friends of mine approached me and wanted us to partner up and start rallying together."

Miranda is currently second on the KNRC Division Two log with only two events remaining. "To stay competitive in the championship, we really have to make sure that the car is reliable so that we can finish the event in Thika and score some points towards our championship campaign for the next two events."

Fernandes, who joined rallying this season will be teaming up with Nique Rattos while Amman Shah will be navigating Daren.

Fernandes said: "After every rally we usually strip the car to look at what needs to be done. So when we stripped down the car unfortunately our rear suspension had gone, so we did a rear suspension rebuilt and put everything back together."

"Our participation in the Two Wheel Drive category has been satisfactory in our very first year with Rattos and we have actually managed to finish events, so I think that’s a great achievement. We plan to have a good finish in Thika and the season too. One of our ambitions in the next two seasons is taking part in the WRC."

Meanwhile, preparations for Thika are in top gear, according to Hellen Shiri of RSC. Shiri said reconnaissance will take place on Saturday. Scrutineering, sealing and marking of components shall take place at the Moi Stadium, Kasarani on Saturday.

Final scrutineering will take place at the Mt. Kenya University on Sunday, immediately after the final Parc Ferme.

The event will feature a competitive mileage of 142.18km which accounts for 69 per cent of the mileage percentage and a liaison distance of 60.5km and a total distance of 203km.