Immediate former tactician Sanjin Alagic expects his former assistant to continue the good work they have been doing at Simba wa Nairobi. 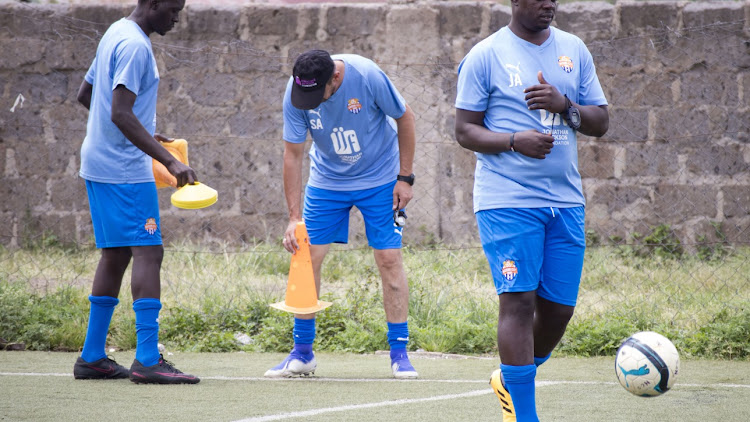 Alagic left the club after the expiry of his two year contract and expects his former assistant to continue the good work they have been doing at Simba wa Nairobi.

“John is ready. He was a real good student for the last two years. He was the guy who was always ready to learn, always taking notes. He asked all the questions when no one else did. I believe he has the quality to be a good head coach. I believe he will do a good job, I am sure about that,”  Alagic said.

His words were echoed by club supremo Jonathan Jackson who urged the entire City Stars setup to support the club legend.

"You have great accolades from Sanjin. And I expect all of you to follow him and be obedient to him and to follow his recommendations on what he asks you to do so that we maintain the family unity,” Jackson said.

On his part, Amboko thanked the club for entrusting him with the humongous task and promised to give his best towards the club's cause.

“I want to let you know how much I appreciate this recent promotion to head coach. This is a viable opportunity; one that will give me a chance at considerable growth and advancement to move the team to the next higher level. The confidence that the entire office has put in my abilities means a great deal to me. I highly value your trust and will work hard to keep it,” he said.

He heaped praise on Alagic for helping him grow in his knowledge of football.

"His direction and advice  has been extremely beneficial to me. He has helped me to build upon my professional strengths, and to increase my efficiency in weaker areas. I am truly grateful for his support,” the CAF C licence holder said.

Amboko started his stint at the helm of the club with a barren draw against struggling Vihiga United in Kenya Premier League tie at the ASK grounds in Nakuru on Wednesday.

Following the draw, City Stars move a position up to sixth with 38 points from 26 games as Vihiga United remain 16th on the log with 17 points. 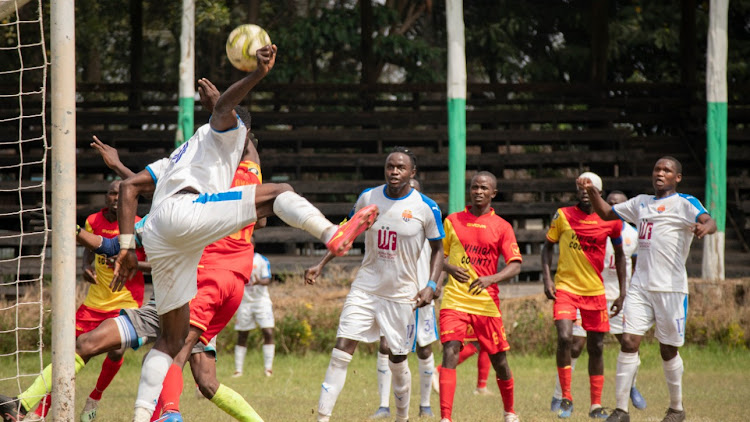 Action between City Stars (in white) and Vihiga United at ASK Showground in Nakuru
Image: HANDOUT

On Monday, Amboko will seek his first win as head coach when City Stars host Bidco United at Ruaraka grounds.

Amboko is not new to the coaching role at City Stars. He handled five games in the 2017 season while in the second-tier National Super League after the then head coach Robert Matano moved to Bidco United.

At that point, he was transitioning from a player to the dugout.

He returned in  2018 where he led the club to an incredible seventh-placed finish.

After overseeing the first ten games of the subsequent season, Amboko later stepped down for Ugandan Jimmy Kintu before he returned to take charge for six more matches.