•“And suddenly my big dream is shattered. There are few words that can describe how unbelievably painful this hurts,” —Spitse 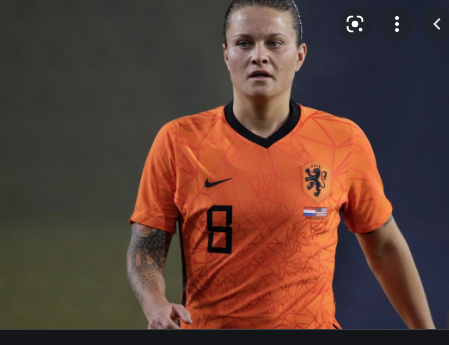 Netherlands international Sherida Spitse has had to withdraw from the Olympic Games after suffering a knee injury during training on Monday in a major setback to Dutch hopes of gold in the women’s football tournament.

The 31-year-old midfielder, who has a record 188 caps for the national team, is an integral part of the Dutch side, who are European champions and were Women’s World Cup runners-up in 2019, and are among the medal favourites in Japan.

“And suddenly my big dream is shattered. There are few words that can describe how unbelievably painful this hurts,” Spitse told Dutch media on Tuesday after a tackle in training resulted in torn ligaments.

“I always give 100 per cent, also in duels in training. This was just bad luck. It really sucks, for me and for the team.”

“Her whole life is focused on football and this tournament. That is painful for her, but also for the team. She is a very important player for us, both on and off the field,” said Wiegman.

After the rest of the squad were told Spitse had to go home, tears flowed. “This has a huge impact on the team. But at the same time everyone realises that we have a goal here. We can deal with this, we have dealt with setbacks before,” Wiegman added.

Joelle Smits of VfL Wolfsburg will replace Spitse. She was on a standby list and already training with the squad.