• The duo were optimism of slots to Tokyo but have been dropped from the 16-member squad.

• It was one of the hardest resolutions for the management to make but we have encouraged them-Chedotum. 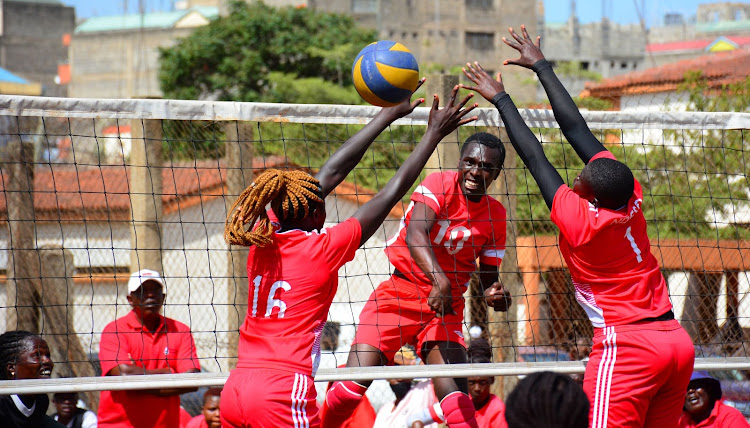 Team manager Alfred Chedotum admits it was a tough decision to drop promising youngsters from the team but the verdict was made based on experience.

19-year old Adhiambo is a left attacker who plies trade with Kenya Pipeline while budding setter Nekesa — a year younger than  Adhiambo, is on the books of Kenya Commercial Bank (KCB) team.

Despite the axe, Chedotum who doubles up as the Kenya Defence Forces team manager tipped the pair to have a bright future in the game if they remain levelheaded.

"It was one of the hardest resolutions for the management to make but we have encouraged them. It is not the end of the world for them but they have our confidence. They are stars for the future and they only need to work on their weaknesses," he said.

"They look better players than when they joined the camp and this experience will be vital for their development. They are still young and inexperienced but with room for improvement."

Chedotum hinted that another two players will be dropped before the team leaves for Kurume City in two weeks time — a libero and a right attacker  — bringing the number to 12 in compliance with the FIVB requirements.

Adhiambo promised to work on her inadequacies — terming her experience with senior players a learning curve that will push her to the limits.

"It was fun and a great moment to be part of the team. I need to improve on my basics as I have been told because there's no secret to success other than hard work. I wish the team all the best," said the Nyakach Girls' alumnus.

Nekesa, who played for Kwanthanze Girls prior to joining the bankers, agreed with the decision to drop her acknowledging that Joy Luseneka and Jane Wacu have been a class above.

"All the setters are above me in terms of experience. They are on another level, to be honest, but I habour no hard feelings. Even though I gelled with the team, my footwork is still wanting,"  she said.