Ogier is the second most successful WRC driver after former Citroen team-mate Loeb who has nine titles under his belt.

•Should Ogier clinch the title this season, he will only need one championship to equal Loeb’s record. 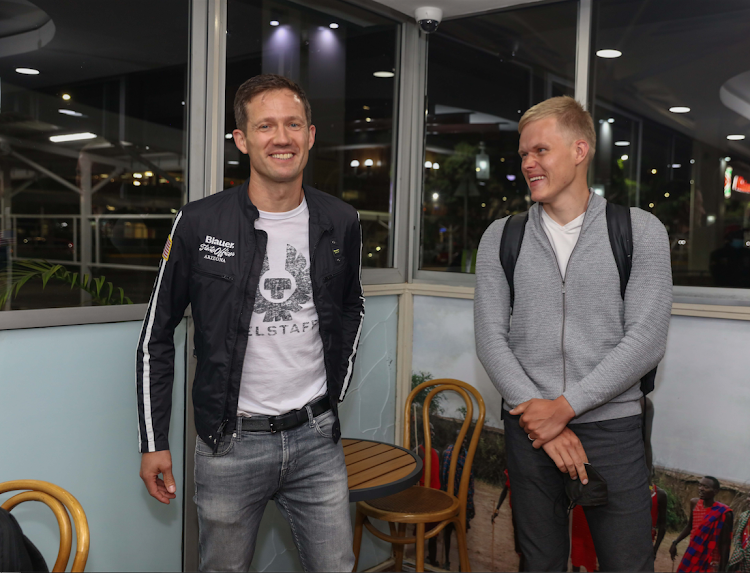 Contrary to the belief that he will be trying to break Leob’s record next year should he seal the title in 2021, he said he is keen to focus on family life hence the reason why he plans to quit.

Ogier had announced his retirement at the end of the 2020 calendar but later said he will stay with Toyota in 2021 before he hangs his helmet.

Ogier is the second most successful WRC driver after former Citroen team-mate Loeb who has nine titles under his belt. Should Ogier clinch the title this season, he will only need one championship to equal Loeb’s record.

“I am not interested in numbers. I made this retirement decision a long time ago. For me, family comes first and next year was the year I had planned to retire. For me, I will do my best but for sure next year you will not see me rallying,” said Ogier.

Meanwhile, the end of the two-day reconnaissance this afternoon will set the platform for the much-anticipated shakedown on Wednesday.

The teams are expected to decide on their game plan after sampling the entire route; part of which was used during the ARC Equator Rally in April.

There was a palpable sense of excitement in Naivasha when crews recced Malewa (9.71km), Loldia (11.33km), the 5km shakedown stretch at Ntulele and Hell's Gate (10.56km) which is the designated location for the Wolf Power Stage.

Navigators had the busiest time as they spent the better part of the day’s sessions trying to write their pace-notes in time for Safari Rally.

Absalom Ashwani, who is co-driving Evans Kavisi in a Mitsubishi Lancer Evolution X, said: "Loldia is the most technical stage of them all. It has some twisty roads, tight corners, trees, and jumps. It also has some very good straights where speeds are expected."

Today drivers will recce four stages at the Sleeping Warrior (31km) and Kedong (33.68km) which is the event’s longest stage, Elementeita (15km) and Soysambu (20.33km).

Victor Okundi, who is navigating debutant Jeremy Wahome, said the route is basically a navigators rally.

He added: "'My debut in the WRC is going to be historical in many ways. First,  I’ll be sitting with Jeremy for the first time and secondly, we will be pioneering the R3 class in Kenya and indeed, Africa. To say I’m excited is an understatement. It is actually a dream come true to appear on the same start list with the world’s finest rally drivers. This doesn’t happen every day!”

He admitted that the event is still going to be a challenge as it has always been in Safari.

“As a crew, Jeremy and I are super excited but we’re trying not to let it distract our focus from the long-term goals. We need a finish in this one, as we gel as a crew, and learn the car in the process."

-Shakedown for all Priority and Non-Priority Drivers-Loldia (5.4km)

-Presidential and VIP Speeches at KICC