Talanta seek to extend lead at the top of NSL log

At Bukhungu Stadium, Vihiga Bullets will seek to bounce back after their 4-1 drubbing by Shabana when they face Fortune Sacco

•The Ken Kenyatta coached side leads the log with 40 points from 21 games, three better than second-placed Kenya Police and four better than third placed Shabana FC.

•Migori Youth coach Wilson Aol admitted that the game against Talanta will be a tough one. 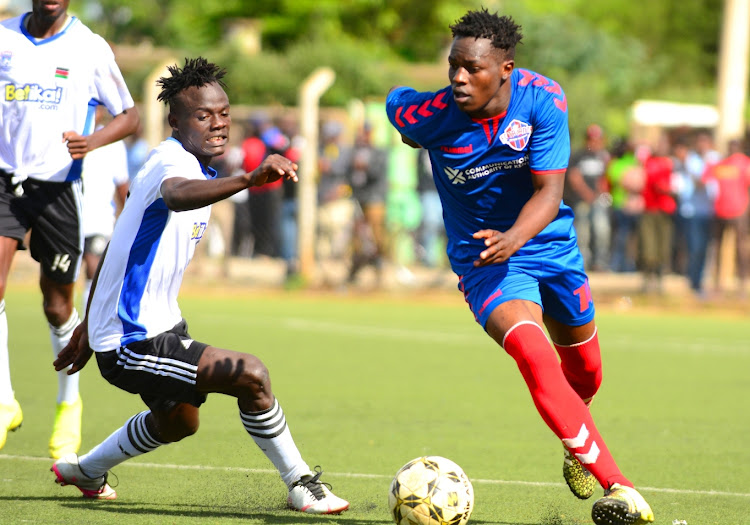 Talanta FC seek to extend their lead at top of the National Super League log when they face Migori Youth at Migori Stadium.

The Ken Kenyatta-coached side lead the log with 40 points from 21 games, three better than second-placed Kenya Police and four better than third-placed Shabana FC. Shabana and Kenya Police meet on Saturday in a highly-anticipated clash.

Yesterday, Migori Youth coach Wilson Aol admitted that the game against Talanta will be a tough one.

“We played 10 days ago and drew 0-0 but since we are playing at home, we have an added advantage. It will be an open game because both teams want maximum points,” noted Aol.

However, ahead of the return leg, the boys are fresh and excited about facing the Talanta. We want to pick maximum points because we are not in a very good position,” said Aol.

He said Talanta will be under pressure in the game because Kenya Police and Shabana are breathing on their neck.

At Bukhungu Stadium, Vihiga Bullets will seek to bounce back after their 4-1 drubbing by Shabana when they face Fortune Sacco as Kibera Black Stars welcome struggling Kisumu Hot Stars at Ligi Ndogo grounds.

The game between second-placed Kenya Police and third-placed Shabana will be the highlight of Saturday’s menu. Inform Shabana is unbeaten in three games under new coach Robert Ojienda and he is confident of a positive result against the law enforcers.

“I know it will be a very tough game but I’m confident of a good result. We want to qualify to the Kenya Premier League so we must beat the best teams in the league,” said Ojienda.

Former KPL side Kisumu All-Stars will battle it out with Modern Coast Rangers at Moi Stadium in Kisumu as they seek to record their third consecutive win. Murang’a Seal and Coast Stima clash at St. Sebastian Park.

APS Bomet will seek to pile more misery on the bottom of the log Soy United when the two teams meet at Bomet Stadium.