In 2018, Hamza collected the highest points tally on the 2WD Non Turbo Class of the National Autocross Championship series but lost the title to Safina Khan as he hadn't met the 75 per cent threshold of participation. 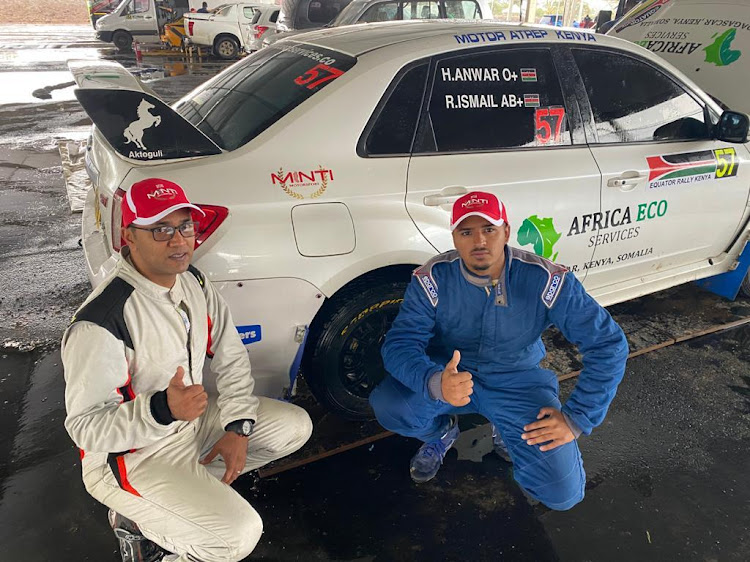 Asad Anwar and Phineas Kimathi were drivers of national repute some years back. Their exuberant driving style and extraordinary commitment behind the wheel earned them a legion of loyal fans, not to mention their rally-sport prowess.

As such, there was a sense of palpable anticipation when their sons took to the demanding ARC Equator Rally route course in Naivasha. Hamza Anwar, son of Asad, finished 5th overall while McRae Kimathi, Phineas Kimathi's son came 8th.

The youngsters displayed awesome cockpit potential with a solid drive from the back of the field to credible finishes. Kimathi and Hamza now lead the KNRC Division 1 and 2 Championships after Equator Rally.

Hamza and McRae are the latest in a long tradition in local motorsports where second-generation drivers pick up the mantle from their rally driver parents and legends.

A myriad of early rally legends have subsequently seen their sons — or in some cases, other family members — show promise where they once conquered.

The list of second generation drivers is endless when you come to think of the likes of Vic Preston Senior and Junior, Frank Tundo and his son Carl, John Rose and son Lee Rose, Dalgit Chager and his son Baldev.

Asad Anwar and his elder brother Azar Anwar were drivers of national repute. Asad was revered for his antics on twisty sections and indeed a master of special stages.

Azar, on the other hand, is a three-time Kenya champion and an outright Safari Rally winner in 2006 with George Mwangi.

In 2006, Asad racked up his maiden victory at the KCB Mavuno Loans Rally in Nanyuki, toppling his elder brother Azar from the top of the KNRC table, which he had virtually made his own since the start of the season. 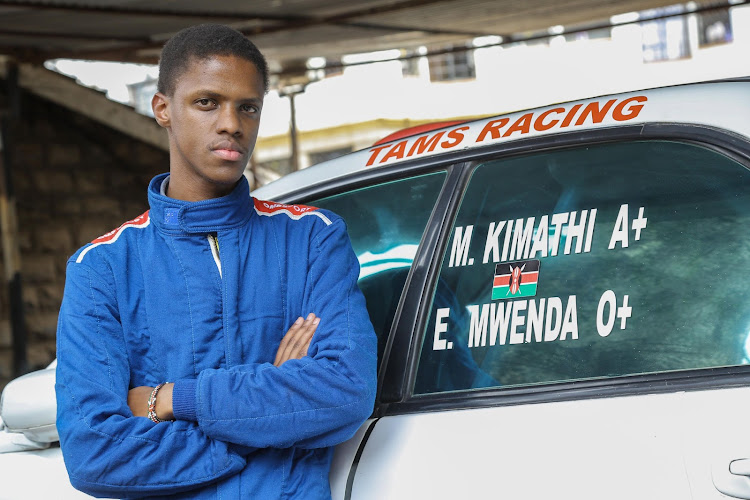 When Hamza Anwar (son of Asad) took to the start ramp on Equator, little did he know he would be creating history. Not only did the 22-year-old coast-based rookie become the youngest finisher on Equator, he also became one of the many sons of a former driver to compete in the African Rally Championship.

Hamza is excited by how he has fared by following in his father’s and uncle's wheel tracks.

In 2018, Hamza chalked up the highest points tally on the 2WD Non Turbo Class of the KCB Kenya National Autocross Championship  series but lost the title to Safina Khan as he hadn't met the 75percent threshold of participation.

Asked about his Equator success, Hamza explained: "We expected to be amongst the top 10 if we kept to our strategy — which we did — although it was extremely challenging  for my first marathon kind of event in Kenya and driving a 4WD on Safari routes."

With Equator event being a dry run for Safari and indeed, a navigators' rally, Hamza is singing praises of his navigator Riyaz Ismail.

"My navigator was well experienced and did a good job all round. He was spot on and called the correct notes. We were seeded 4th last on road, which was a little disturbing but nevertheless we worked our way up to 4th on Day 1 before losing time to the much more experienced international drivers. Our plan was never to attack but get to the end clean. We lost some time on Day 2 losing fourth place. But that's rallying," he explains.

Hamza is hoping to debut at the WRC Safari in his bid to keep the racing fire burning in their family. "It was great to explore WRC Safari Rally routes. Hopefully, it will be great to rub shoulders with the crème de la crème of world motorsport." 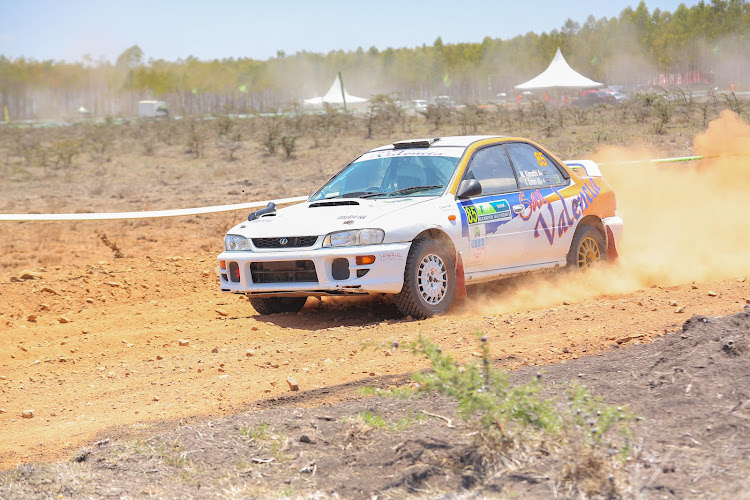 "WRC Safari Rally Championship organizers did a wonderful event. I would also like to thank  the government for allowing ARC Equator Rally to go on. This is a happy moment for me since Baldev is right behind me," said Kimathi.

Autocross Debut: Round 3 of the Autocross Championship Kipeto / Champagne Park