Former rally navigator and Assistant Safety Officer Mutuma said the rains were met with mixed reactions as some drivers tend to survive better in wet conditions.

•At Malewa, stage commander Charles Gikaria said the story was the same and it had rained heavily.

•Drivers did not know what to expect especially around the Sleeping Warrior stage in the first loop and Malewa and Kedong in the second leg. 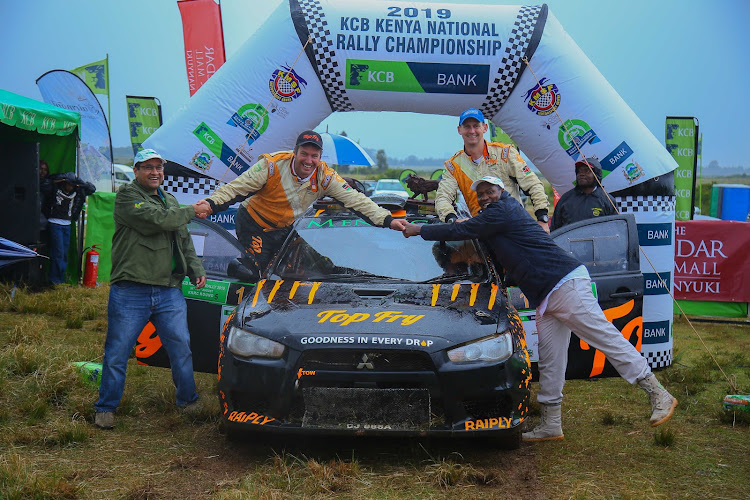 As expected, navigators turned out to be the key players in the just-ended ARC Equator Rally owing to wet and slippery conditions due to poor weather in Naivasha over the weekend.

Having witnessed mixed weather conditions in the last two days, navigators were all along going to play a key role in the test event ahead of the WRC Safari Rally in June. Drivers did not know what to expect especially around the Sleeping Warrior stage in the first loop and Malewa and Kedong in the second leg.

“The weather conditions are making the roads very slippery and unpredictable. One has to drive with a lot of caution and this is where navigators come in handy. We have seen many top drivers tumbling and this obviously gives you a sneak preview of what to expect in  Safari Rally,” Tundo, who said.

Paramjit Semi, Stage commander at Kedong said: “The weather has been poor and this called for a change of tactics and strategy for many drivers. It was not about speed but driving cautiously.”

At Malewa, stage commander Charles Gikaria said the story was the same since it had rained heavily.

The rains were equally pleasing to those who don’t thrive in dusty conditions.

“The rains obviously helped clear the dust that has been synonymous with Naivasha for the last few days and to some drivers, it was a time to have a true feel of the upcoming Safari Rally,” said Mutuma.

He added that whereas there was a celebration from some quarters, some sections especially Loldia became slippery and tricky especially due to the numerous hairpin turns, the type of soil, and the thick bush.