Pipeline roll on after win over National Alcohol

Pipeline drained Ethiopia's National Alcohol in straight sets of 25-15, 25-17 and 25-7 to put the team firmly in contention to progress to the next level.

• "Starting all over again needed commitment, knowing very well we were coming for the club championships but we are ready for the journey ahead," said Magoi. 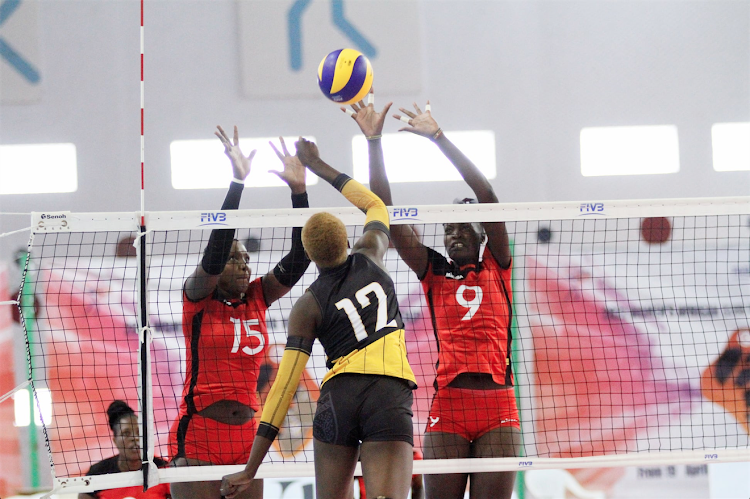 Despite winning their first two matches at the African Club Championship, Kenya Pipeline captain Rose Magoi said the team will take one game at a time in order to top Group 'B' and eventually book a semi-final slot.

Pipeline beat Ethiopia's National Alcohol in straight sets of 25-15, 25-17 and 25-7 to put the team firmly in contention for a quarter-final berth.

On Wednesday, Pipeline slew ASEC Mimosa of Ivory Coast 3-0 and have matches against AS Douane of Burkina Faso, Custom Services from Nigeria and CFC Carthage to look forward to.

"We are working on a match-by-match basis and trying to minimise our mistakes as much as we can. We thank God for the consecutive wins and we hope to play well as a team to top the group," she said.

Magoi admits that it's not easy to compete internationally for the first time after a year of inactivity due to the coronavirus pandemic.

"2020 was a tough year in matters sports. Starting again needed commitment, knowing very well we were coming for the club championships but we are ready for the journey ahead," said Magoi.

Elsewhere, unavailability of fans will be an advantage to Kenya Prisons ahead of their second Pool 'A' match against Tunisian champions Sfaxien today, coach David Lung'aho has said.

Prisons were in imperious form, tossing off Burundi's Muzinga in straight sets of 25-8, 25-8, 25-8 in their opening match. Sfaxien on the other hand, conjured a 3-0 display of their own against Ethiopia's Wolaita Sodo, making the much-awaited meeting an even affair.

Lung'aho admits facing the much-improved home team is a tall order but Prisons will plot for their downfall.

"Playing without fans does have some effect in the sense that fans are always the extra player who push and motivate players.  Now that we are away, it will be to our advantage since our opponents will also miss someone to push them. However, this makes the game itself lack the flavour as it has always been," observed Lung'aho, who is also the Kenya Volleyball Federation technical director.

"Sfaxien are the reigning champions in Tunisia and they play very well. We have to be very mean with mistakes because they are a tough side. They have improved over time to become league champions so we will be up against a completely new outfit," he said.

In the meantime,  the General Service Unit coach Gideon Tarus has said his charges' mission will be to redeem themselves against Esperance in their quarter-final match. The paramilitary side lost to the Tunisian side in 2017.  Kenya Ports Authority come up against Zamalek.