• Challenge Referee is compulsory if the Video Challenge System (VCS) is in use.

• The continental qualifiers are set for June in Zambia. 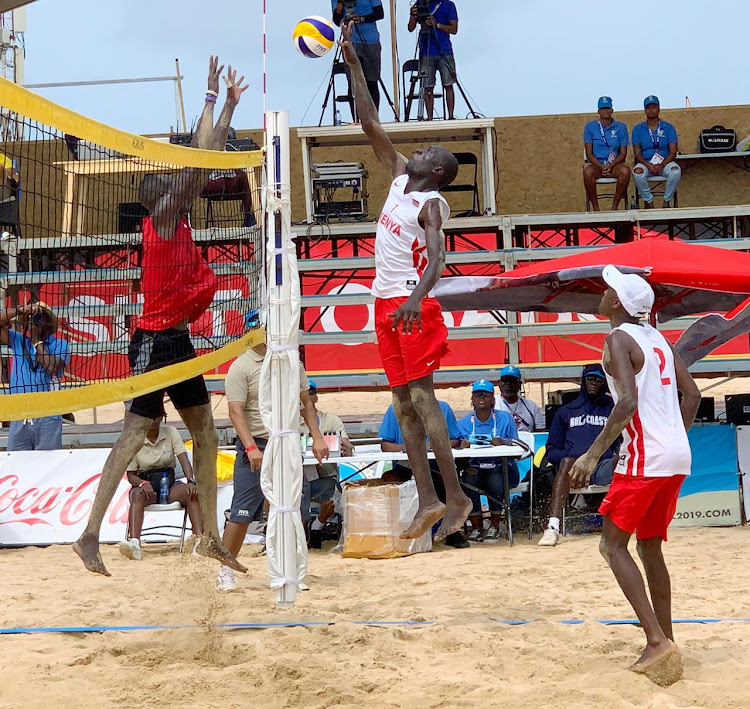 The FIVB has roped in new regulations that are expected to come into force on  January 1, 2022. In the new set up, the technical bench is not permitted to request for time out while the set is ongoing.

Owino, who welcomed the changes, said this will mimimise stoppages and allow teams continue with their momentum. "We have no choice but to embrace the changes  because they have already been ratified by the congress. The time out rule doesn't impact much since it only affects that single set.  It is a good move aimed at keeping the ball in play for a long time as teams keep the momentum," he observed.

In another move, a Challenge Referee is compulsory if the Video Challenge System (VCS) is in use. The CR supervises the challenge process and ensures it proceeds according to the challenge regulation in force. According to Owino, this will enhance clarity and fairness to the competing teams.

"People have different personalities and referees are also mistake-prone human beings. The new referee will ensure justice prevails. Sometimes it is hard to challenge a malicious referee twice. The new official will clarify and settle unclear issues. Initially, this duty was carried out by the the technical bench on the scoring desk that composed about three to four officials," Owino highlighted.

Despite the government ban on sporting activities, beach volleyball teams are expected to step up their preparations for the second round of the Africa Olympic qualifiers.  KVF is optimistic of reaching a consensus with the government to grant the players permission to prepare just like Malkia Strikers who are in a bubble training camp at Kasarani ahead of Tokyo Olympics.

The continental qualifiers are set for June in Zambia. Owino noted that they will not start from scratch as players have been training with their clubs.

"Time is not on our side. I understand negotiations between the government and KVF is in progress. Hopefully, we will return to action  soon. We have already given our proposal for training. "

"We heavily rely  on the players from the indoor game. They have been preparing with their clubs before the league was interrupted. At least we will be starting from somewhere."

The team is scheduled to play  Mauritius, Botswana, South Sudan and hosts Zambia.