Cushion sportspeople even as you lock down country 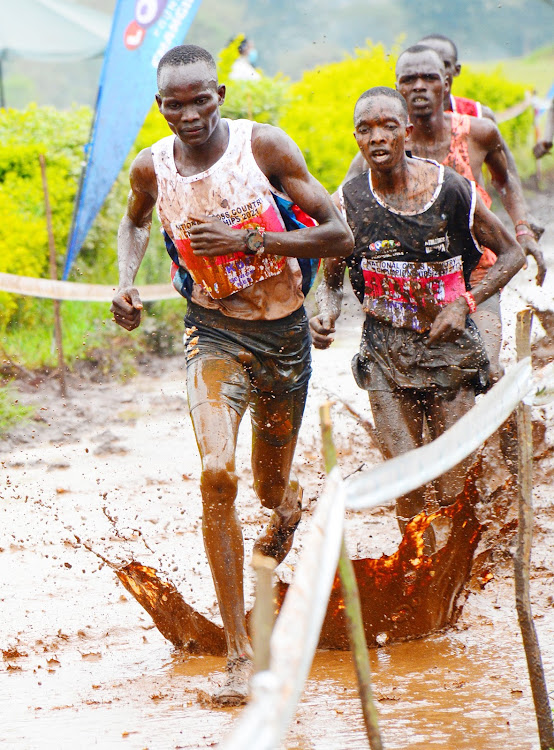 The dreaded Covid-19 pandemic has reared its ugly head in Kenya's sports arena once again, and with devastating effects.

Nothing could portray the dire situation more than a banner Sofapaka striker Timothy Otieno posted on his social media platform on Wednesday morning.

"Unlock our country; we want to work to feed our families", screamed the terse message emblazoned in red prints on a black background.

Otieno's concern is grave and real given he represents the disturbing thoughts of thousands of other sports personalities currently experiencing goosebumps as the future of sports remains shrouded in uncertainty.

Aware of the mental torture footballers are currently going through, FKF president Nick Mwendwa has moved swiftly to allay their fears.

Speaking at a luncheon hosted in honour of Harambee Stars at a Nairobi hotel upon their return from an Afcon qualifier clash against Togo, Mwendwa expressed optimism about the future.

“We have already talked to the Sports ministry, and they are keen to implement a few things. They have asked us to write to them on what we intend to do to make sure Covid-19 does not spread and we will respond to them by the latest on Wednesday,” he said.

“What I can say, CS Amina [Mohamed] is very willing to allow us to resume the league if we follow the laid down Covid-19 regulations, and in my opinion, we must have our league going at the shortest time possible, we will write to her, and we hope she will give us a positive response."

This is a very critical time with only three months left to the Olympics. If we stop training now it will undo everything we have achieved

Boxing Federation of Kenya secretary general Musa Benjamin says they are already in talks with government to allow the Tokyo Olympics-bound contingent to prepare adequately for the games set for July.

Musa wants the government to consider allowing the Hit Squad quartet to intensify their preparations.

"This is a very critical time with only three months left to the Olympics. If we stop training now it will undo everything we have achieved," said Musa.

Kenya Handball Federation were forced to call off their activities barely a week after resuming the 2019-2020 season.

It was the second time the season was being suspended having previously been called off last year when the pandemic struck in the country.

The league had tentatively been set to conclude early April upon resumption.

KHF director Charles Omondi said through a statement that he regretted the move to halt the league, adding it was in line with efforts to support the government in the fight against the Covid-19 pandemic.

"Following the presidential directive on all sporting activities, the federation has suspended all the league matches indefinitely," read the statement.

Badminton Kenya chairman Peter Muchiri said the situation was a major setback in the national team's preparations for the forthcoming Commonwealth Games.

"We had an official national team already in place and had even assigned coaches and called up players to prepare for the forthcoming Commonwealth Games," he said.

Indeed, while we appreciate the comprehensive measures adopted by government in the fight against the coronavirus, similar enthusiasm should be channelled towards cushioning those who rely on sports for their daily upkeep.