During the eighth edition, Jasiri topped the medal table ahead of other countries, such as Turkey, Iran, Congo Brazzaville, South Korea, Zambia, Thailand and Brazil, among others.

•Kenya Tong Il Moo Do Federation president Clarence Mwakio said the federation will embark on rigorous preparations for the team as soon as sporting activities in the country return to normalcy. 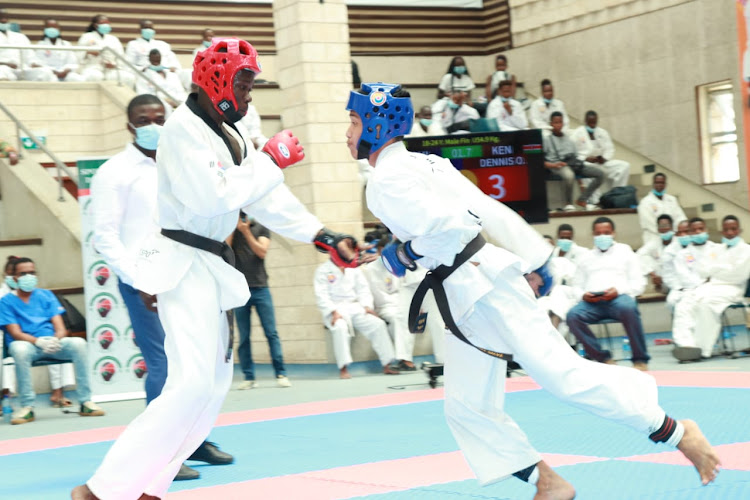 Mwakio said the fitness and performance levels of the athletes has not dipped significantly compared to last year's edition held at Aga Khan Academy, Mombasa in December.

"Last year was actually worse than this year because the team had not been in training for quite a while due to the Covid restrictions. We have the best team in Africa and the second best in the world so I would not be worried about our performance dipping when August comes around. Of course, there are the new Covid restrictions, which may affect our training a bit but I hope the measures will be lifted soon," Mwakio.

He said the federation will embark on rigorous preparations for the team as soon as sporting activities in the country resume.

"Right now, the athletes are in individualised training in adherence to the regulations. Once the restrictions are lifted, we will have indoor training camp, possibly two or three weeks to the tournament," Mwakio added.

Turning his attention to overall participation in the championships, Mwakio exuded confidence this year's edition will be bigger and better than the previous one.

"It is a great honour to be afforded the chance once more by the international federation to host this tournament. To us, it is a vote of confidence in our ability to stage an event of such magnitude, which has always been made possible by the government's support. We hope to have many more countries registering for the event than last year," he said.

During the eighth edition, Jasiri were in a class of their own as they topped the medal table ahead of other countries, such as Turkey, Iran, Congo Brazzaville, South Korea, Zambia, Thailand and Brazil, among others.

Mwakio urged the government and private sector to come on board at the earliest opportunity to make the tournament a success.

However, he bemoaned the effect of the pandemic on many Tong Il Moo Do athletes many of whom rely on coaching opportunities for livelihoods.

"So many of us, especially black belt members have been affected because they rely on coaching to make a living. Because of the restrictions, they are not able to practice. Last year, some of them received assistance from the government but this was not enough to sustain them in the long run. Others did not access the relief."