The competition which was scheduled for May 16-28 in Sousse, Tunisia, will now take place from April 19 to May 1.

• The move to reschedule the event was necessitated  after CAVB failed to secure a waiver from the FIVB  to hold the clubs championship beyond the FIVB club season which ends on May 2.

•Clubs are required to meet the April 5, 2021 registration deadline and thereafter confirm their final participation a week later after meeting all the requirements. 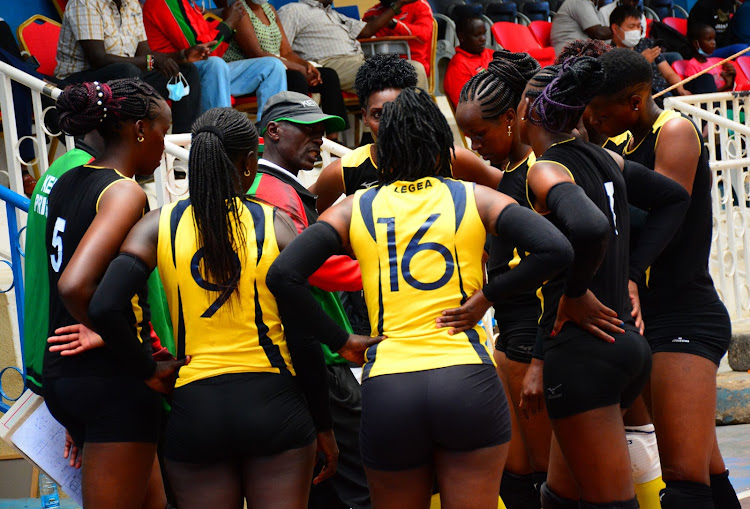 The Confederation of African Volleyball have brought forward the 2021 women's Africa Club Championship.

The competition, which was scheduled  for May 16-28 in Sousse, Tunisia, will now take place from April 19 to May 1. This is two weeks earlier than planned and the Tunisian Volleyball Federation have agreed to retain organisation of the championship in conformity with the FIVB calendar.

The move to reschedule the event was necessitated  after CAVB failed to secure a waiver from the FIVB  to hold the clubs event beyond the international club season which ends on May 2.

As a result, clubs are required to meet the April 5, 2021 registration deadline and thereafter confirm their final participation a week later after meeting all the requirements.

Kenya Prisons' coach Josp Barasa welcomed the move, adding that irrespective of the time, his charges are always ready.

He, however, bemoaned the government's ban on sporting activities which has affected teams preparations. Other Kenyan representatives at the annual event are KCB and Kenya Pipeline.

"CAVB's development is fine but my worry though is under the current circumstances, things could be a bit hard. All sporting activities have been put on hold, making training a struggle. We are ready but we do not know what will happen," said the title-winning coach,whose exploits on the court spans more than two decades.

Elsewhere, the men's teams are in limbo in regard to their participation in the same event.

The competition is scheduled in the next two weeks time and teams are yet to get clearance from the government, owing to the spike in the pandemic. This is despite meeting the March 31 registration deadline.

There are fears that Kenya teams could be barred from traveling to the annual extravaganza even though the government has not banned international flights.

Kenya Prisons' coach David Lung'aho, who doubles up as the Kenya Volleyball Federation technical director, however, remains optimistic of their participation. He said volleyball teams should be granted the support Harambee Stars  has received in order to continue flying the national flag high.

"We have been waiting since Monday for the government directive with regards to training and whether they will allow us to travel. The fact that international travels have not been banned boosts our desire to be part of this year's championship. We hope the government will communicate soon," Lung'aho observed.

He added: "Harambee Stars were allowed to honour their match against Togo. It will be imperative if we can also be considered for the continental club assignment. My players are ready and hungry to represent Kenya and we humbly request the government to give us chance," said Lung'aho.

His GSU counterpart Gideon Tarus echoed Lung'aho's sentiments, adding that the earlier everything is made clear, the better for teams.

"The sooner we are cleared, the better as time is not on our side. We will continue with the gym session and ball handling training as we wait for communication," noted Tarus.

Only 24 teams will take part in the tournament. The competition was initially set for Cairo, Egypt between March 31-April 12 but Egypt failed to confirm in time and Tunisia were granted the hosting rights.