The finals will be played on April 10 at the same venue.

•NPCA fixtures secretary Vishal Hitandra expressed relief at the return of sponsors to cricket and is optimistic the tournament will restore the confidence of more corporate bodies. 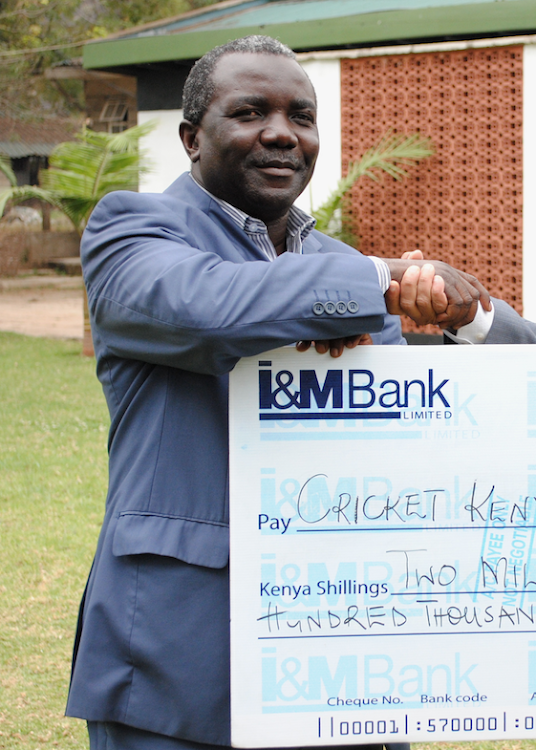 Legendary Kenyan cricketer Tom Tikolo believes the African Premier League Cricket Tournament heralds a new beginning for the sport, which has been on its knees for many years.

Tikolo said the tournament — set to begin today at Ruaraka Sports Club — will be adequate preparations for cricketers ahead of the resumption of the national league as well as other international fixtures.

"For us as stakeholders, we have always believed the road to recovery of the sport is administrative in nature and games. The more cricket matches we have, the better for the sport in terms of its recovery. Our under-19 national team are due for a series of qualifier matches and this tournament offers them the opportunity to get into shape," Tikolo said.

Tikolo, the immediate former chairman of the Nairobi Provincial Cricket Association, said cricket fans should look forward to 17 days of sumptuous games, which will be streamed live on social media.

"The tournament will include approximately 100 players across the six teams out of which 90 per cent are local players. We have some of the most renowned cricketers participating including the likes of Shem Ngoche, Nehemiah Odhiambo, Maurice Ouma, Collins Obuya and Jimmy Kamande. That being said, let the games begin," he said.

The final will be played on April 10 at the same venue.

Speaking at the same briefing, NPCA fixtures secretary Vishal Hitandra expressed relief at the return of sponsors and is optimistic the tournament will restore the confidence of more corporate bodies.

"For a very long time, cricket has suffered from a lack of sponsors. With the success of this tournament, we hope to work with more partners in the future as we restore confidence in the corporate bodies," he said.