Unfazed Odhiambo charting his own path

“However, he was my mentor when I was starting off football. He has helped me a lot through my career,” added Odhiambo.

•When Owino left Gor in 2014 to join Zesco, it was to his younger brother, Odhiambo who was then playing for Nakuru All Stars, that they turned to, to fill the big boots 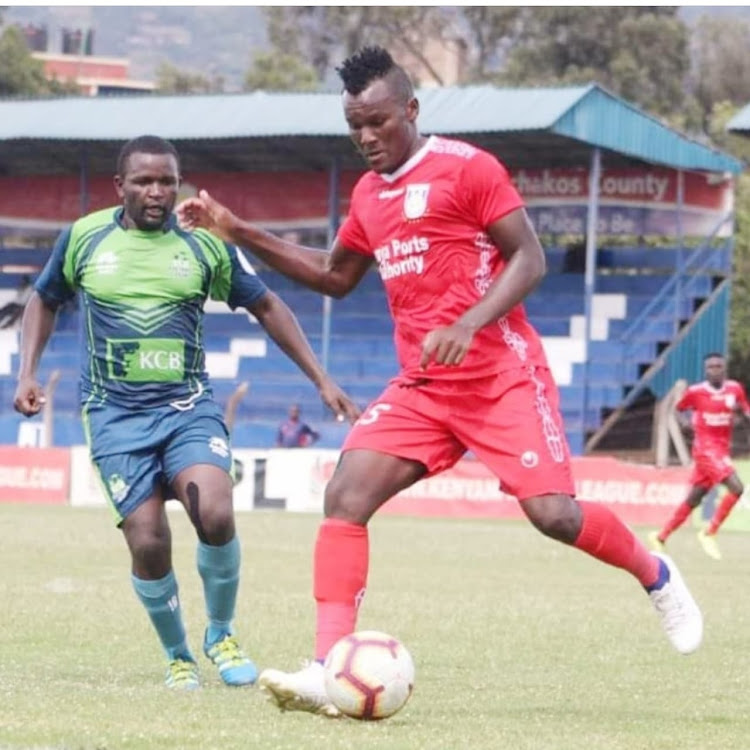 Bandari's Bernard Odhiambo tries to go past Enock Agwanda in a past encounter
Image: FILE

Being constantly compared to a more accomplished sibling can be a burden for many.

But for Bandari defender Bernard ‘Bena’ Odhiambo living in the shadow of his elder brother Zesco United’s David ‘Calabar’ Owino has never really bothered him.

Instead, it has served as an inspiration for him to carve out his own career path that has seen him claim the Kenyan Premier League title, Sportpesa Super Cup and two FKF Super Cups with Gor Mahia and FKF Shield winners medal with Bandari in 2019 to complete the domestic trophy haul.

“First of all, I am who I am and David is who he is. We are two different persons and I believe we can not share the same destiny,” philosophises Odhiambo.

“However, he was my mentor when I was starting off football. He has helped me a lot through my career,” added Odhiambo.

While Odhiambo might refute it, his football destiny seemed inter-twined with that of his brother particularly in the early days.

When Owino left Gor in 2014 to join Zesco, it was to his younger brother, Odhiambo who was then playing for Nakuru All Stars, that they turned to, to fill the big boots of their departing vice captain.

“Joining Gor was a big step in my career development. Coach Peter Okidi had given me an opportunity to showcase my talent in the top-flight with Nakuru All Stars and I think Gor were convinced I could help the team maintain the standards they had set by winning the league twice in a row after going for 17 years without being crowned champions,” Odhiambo explained.

The journey to becoming a Kenyan Premier League champion for the 26-year-old versatile defender had began way back in 2004 when he was a class five pupil at Flamingo Primary School.

“I started playing football in primary school before I joined Nakuru Youth Olympic Under-12. It was the only academy in Nakuru and this is where my journey as a footballer really kicked off,” recounted Odhiambo.

But the belief that he could cut it as a top footballer came when he began his secondary school education at Afraha High which was the best football school in the then Nakuru District.

“There is a time when when we made it to provincial and met opponents who were playing for Laiser High and in the KPL (Mathare United) at that time. This made me believe I could play with the best in the country,” he narrated.

His accomplishment against such calibre of opponents earned him a good reputation and he would soon join Kakamega Homeboyz who were then a second tier side in 2011.

He stayed there for a couple of years before Okidi gave him an opportunity with his hometown club, Nakuru All Stars, who had gained promotion to the KPL by then.

His performances for a struggling All Stars side earned him rave reviews and a dream move to champions Gor would come before the start of the 2015 season.

“We had an amazing season with Gor under Frank Nuttal.We managed to retain the league without losing a single match which was something no team had managed in a long time,” recalled Odhiambo.

Again his exploits as a quick ‘tough as nails’ defender had enhanced his reputation and he got call ups to the national team, eventually playing in a match against Seychelles.

“I have had call ups to the national team and I once featured in a friendly match away against Seychelles. I still believe I will get more opportunities to play for Harambee Stars if I continue working hard,” he vowed.

Many had started believing that Odhiambo was going to be at par or better than his brother, Owino, who was then considered Kenya’s  best defender.

Both could play as centre halves or at right back and were blessed with pace and were good readers of the game. In fact watching a Gor match, many would have been forgiven for mistaking Odhiambo for Calabar. Such was their uncanny resemblance in looks and gait. Injuries would, however, curtail Odhiambo’s steady rise. He missed the entire 2016 season with a knee injury and found himself down the pecking order when the next campaign began. However, at 24, time was still on his side and he thought a move to Bandari would kickstart his career.

And it did. He helped the club win the FKF Shield in 2019. But once again, misfortune struck and he was forced to miss the first half of the next campaign. He credits AFC Leopards team doctor Ngusale for his return to full fitness on both occasions of his serious injuries.

“Ngusale was instrumental to my recovery first at Gor. He motivated me a lot and I was able to play again as I went on to join Bandari, where we had an insurance cover which catered for me until I was fully recovered,” stated a grateful Odhiambo.

Odhiambo said an injury for a sportsman is a harrowing experience which requires support.

“Sometime there are low moments and there is always that feeling that one may never recover. However,  after talking to some experienced players, they motivated me and I had to push myself,” he recalled, citing the recovery of Liverpool midfielder Alex Oxlade Chamberlain last season from a year-long injury to win the Uefa Champions League.

With injuries hopefully behind him and at 26, same age with Calabar when he moved to Zambia in 2014, Odhiambo hopes he can finally fulfil his true potential and move abroad.

“My ambition is to play abroad before I hang up my boots and I hope soon God will open doors,” he said.

When he calls time on his playing career, Odhiambo hopes to venture into business as well as earn his coaching badges and also become a fitness instructor. For now though, his focus is on being fully fit to return to action when the Covid-19 enforced interuption of Sports is ended.