Awcon next for Harambee Starlets

Starlets arrived back home to a colourful reception yesterday after winning the CECAFA Women Championships after beating hosts and defending champions Tanzania 2-0.

• We have to celebrate this achievement then focus on the Nations cup qualifiers-Starlets coach David Ouma. 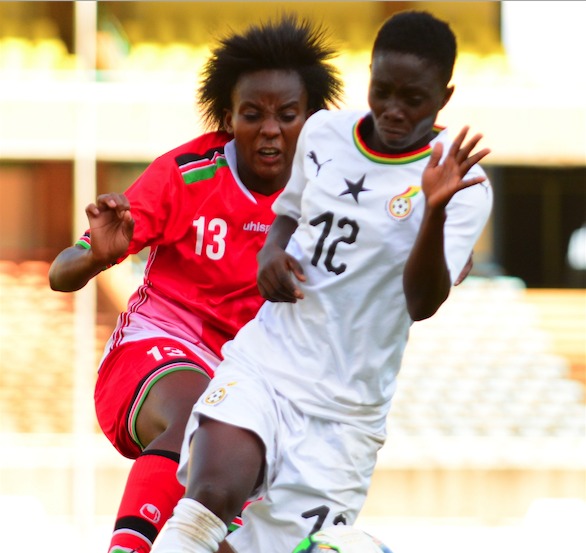 The triumphant Harambee Starlets team have set an immediate target of qualifying for next years African Women Cup of Nations.

The squad led by coach David Ouma and accompanied by Football Kenya Federation officials left in a convoy led by a police escort from the airport passing through the Eastern bypass to Outering Road and onto the Thika Super Highway, before proceeding for a scheduled luncheon at the Utalii hotel.

"We have to celebrate this achievement then focus on the Nations Cup qualifiers," revealed Ouma.

"The Cecafa tournament has eluded us for a long time but we have managed to win it at last. The qualifications to the African Nations Cup in 2016 triggered competition across the region so we had to guard our tactical approach in Tanzania as most teams had their sights set on us and I am proud the team was successful."

"The challenge is now for girls across the country to up their standards as we continue with our scouting to ensure we have good players available for the national team," the Starlets coach concluded.

"We want Starlets to target the World Cup in 2023. For that to happen, we have to qualify for the 2020 Awcon which, hopefully, we will be able to do again," said Mwendwa.

"I join the rest of Kenyans in congratulating Starlets for their gallant performance and winning the Cecafa Championship convincingly and in style demolishing their opponents all the way and lifting the coveted trophy," said Nyamweya in a statement.

Starlets' shot-stopper Annette Kundu was named the best goalkeeper with final hero Wiyeta girls student Jentrix Shikangwa claiming the top scorers' award with 10 goals. The Awcon qualifiers have been slated to start in March next year. The hosts of the 2020 final is yet to be named by CAF.