• Butali have had enough time to prepare for the clash with their last coming on July 27.

• Bottom-placed Sikh union will be seeking to win their first match of the season when they face Strathmore’s Gladiators. 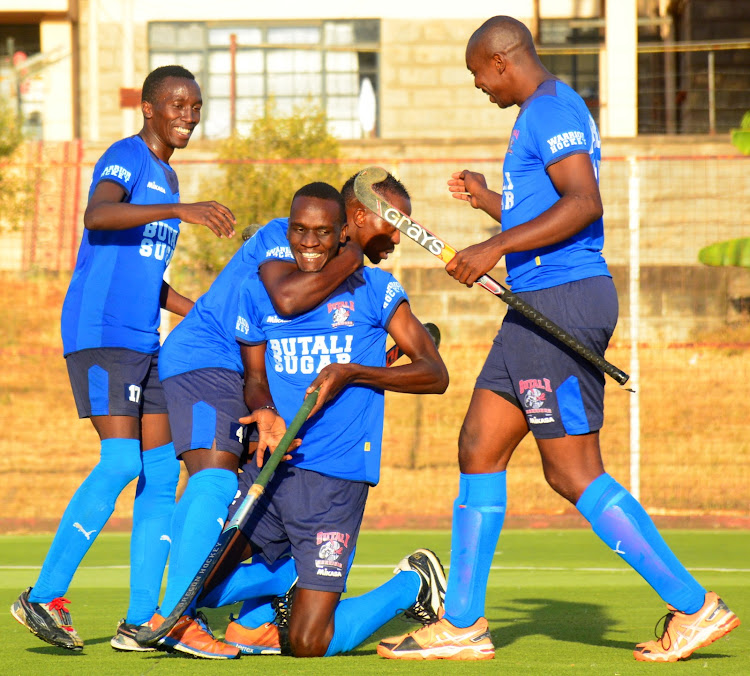 Kenya Hockey Union Premier League champions Butali Warriors will hope to open a four-point gap at the top of the table when they take on Parklands at the City Park today.

The unbeaten leaders have 19 points from eight matches and will hope to end the first leg on a high particularly with Police just one point behind. Dennis Owoka has said getting maximum points is all that his team will be out for.

Butali have had enough time to prepare for the clash with their last coming on July 27, where they beat rivals Jaguars. With players back from international duty, their experience will be heavily relied upon.

“We expect a good match though the break has been too long. Parklands have really improved and they play some good hockey, create many chances but scoring is their main problem. We’ve always had good results against and we hope to continue with the same trend,” said Owoka.

“They defend very well and have a good striker in Allan Odongo. They will attack viciously but we are prepared for that. We’ve worked on receiving the ball under pressure, passing, switching the ball with speed and stopping direct hits into our circle. The league is still a long way to go and there’s going to be surprises and disappointments. We talked to the boys and they are eager to help the team win matches.”

Butali will rely on Amos Barkibir, Calvin Kanu and George Mutira for goals upfront while dangerous Constance Wakhura could score from short corners have having registered two goals at the Olympic qualifiers.

With a 16-2 last season’s heaviest defeat still fresh in their memories, Wazalendo will hope to rediscover their early season form where they won four matches on the bounce before fading off. Fidelis Kimanzi’s charges will hope to register their first win in five meetings against an inform Police side that has dropped only two points in the last six matches. Wazalendo have managed only two points in their last four matches and it will take something special to stop a rampant law enforcer’s free-scoring team.

Bottom-placed Sikh union will be seeking to win their first match of the season when they face Strathmore’s Gladiators. With only five points under their belt, the team will need to start posting good results or face the prospect of relegation.

Gladiators are not better either having collected eight points from 8 matches-a tally that leaves them in 8th place in the 10-team league. The 3-time champions have struggled for consistency as tactician Meshack Senge looks for defensive stability since the students have conceded a paltry 18 goals with only 11 scored.