Akumu ready to take next step

• Teddy has been nothing but fascinating since he made his top-flight debut with Gor Mahia way back in 2010.

• Teddy most memorable moment was when Kenya won the 2013 Cecafa Senior Challenge Cup. 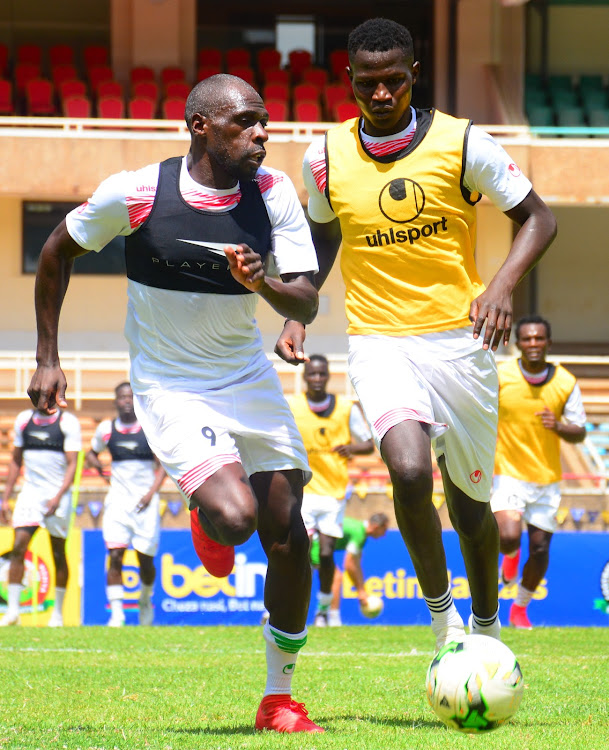 Teddy Akumu (R) and Joash Onyango in contest for the ball during a recent training session.
Image: ERICK BARASA

As he seeks to represent the country in one of its biggest tournament appearances since 2004, Zesco United midfielder Antony Akumu is under no illusion of what an achievement this is for Kenya.

Teddy, as he is referred to in local football circles journey to the Afcon, has been nothing but fascinating since he made his top-flight debut with Gor Mahia way back in 2010.

Four years later, he had come of age and secured a loan move to Sudanese giants Al Khartoum, one that was made permanent six months later. It’s from Sudan that he joined yet another continental football powerhouse, Zambian side Zesco, a club he now calls home.

Teddy is among six holding midfielders called up by Harambee Stars coach Sébastien Migné for a three-week pre-Afcon camp in France and he says he is under no pressure despite competition for places in the final 23.

“I’m not under any pressure. I have never played at Afcon but at club level, I’ve featured in the Caf Champions League as well as the Confederations Cup, which comes with a lot of experience,” said Akumu.

His most memorable moment was when Kenya won the 2013 Cecafa Senior Challenge Cup and he will be looking forward to more accolades when Kenya heads back to the continental scene later this month.

“My most memorable moment was when we won Cecafa in 2013 at the Nyayo Stadium. I was at Gor Mahia then, and I still remember the win to date,” recounts Teddy.

The Zesco United midfielder will be eager to make it to the final 23-man squad that will grace the Africa Cup of Nations for the first time in 15 years, but will first have to fight for a starting place in Kenya’s scheduled friendly match against Madagascar tonight in Paris, starting 9 pm EAT.

The match is one of two pre-Afcon friendlies lined up with Kenya also set to plat the Democratic Republic of Congo on June 15 in Madrid before departing France for Afcon on June 19.