• Milkah Sang was the first nine winner with 18 points while John Omanwa won the second nine with 21 points. 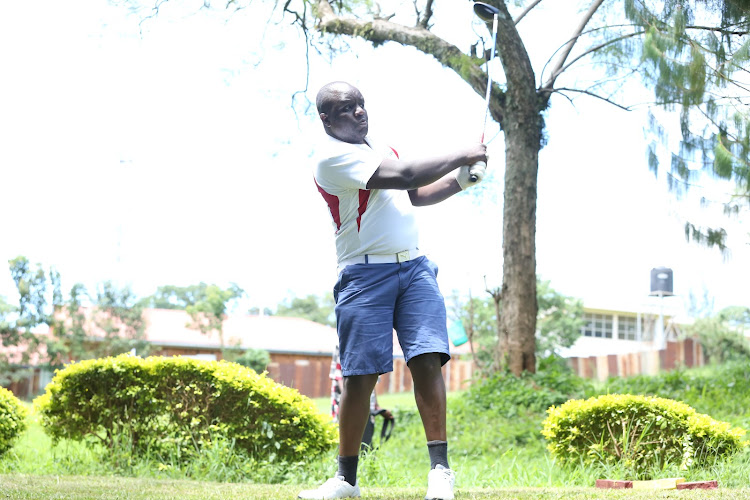 Onchwari beat Andrew Nyanusi and lady captain Christine Nyangena on count back to lift the title.

Speaking after being crowned winner, Onchwari popularly known as Mache Mache,  said: “Today was my day. In the first nine, it was a bit windy but I played better in the second nine.”

Milkah Sang was the first nine winner with 18 points while John Omanwa won the second nine with 21 points. Veteran golfer Charles Aburi was the longest drive winner in the men’s category with Jane Boke winning the women’s category title.

James Makiya was the caddie winner with 41 points. Maranga announced that KGU  will soon rate the Kisii Golf Course, saying a lot of efforts have been put in improving and securing the golf course.

Kisii Sports Club chairman Andrew Kombo and golf captain Wycliffe Ayienda said the course is now in a good condition. Kisii Sports Club is one of the oldest clubs in Kenya having been established in 1906.

“The greens are in a very good condition and we are heading in the right direction. Gone are the days when cows used to browse on the course,” said Ayienda.

Kombo added: “Our course is well maintained and getting a team from KGU visiting us is a step in the right direction.”

Maranga and McTough were impressed by the course and the clubhouse.