Pay us our money, athlete tells the government 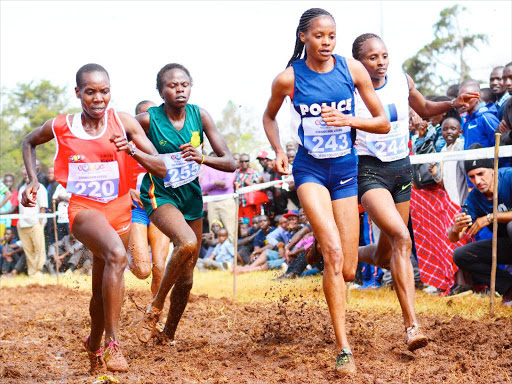 As Athletics Kenya (AK) selected a formidable team to represent Kenya at the World Cross Country Championships in Aarhus, Denmark on March 30, some athletes are still complaining over the failure by the government to honour their promises of allowances and medal prize money.

All Africa Games 10,000m silver medalist Gladys Chesir is among athletes who have complained to the government to pay them their dues owed after competing for the nation. The former 3,000m Youth Olympic Games champion said she is still ready to run for the country again but promises made should be kept or else never be made.

“After many years competing for this country, I have received very little,” said Chesir.

“I won a silver medal at the 2015 All Africa Games in Congo and the worst scenario is that I am yet to receive the Sh300,000 I was meant to. It was the similar scenario at the World Half Marathon but those are bygones and we have to move on with life.”

She said many athletes have given up on competing for the national team due to low or lack of payment, others compete because they want recognition, setting their names on the world map of athletics.

However, DP Ruto said athletes are a national pride and they have to be taken care of.

With many athletes being absorbed in the disciplined forces, DPRuto said President Uhuru Kenyatta has given a directive that athletes should be absorbed to safeguard their future.

“The president has given the directive that National Police Service and Kenya Defence Forces set aside 100 slots for athletes as an opportunity to guarantee their future,” added the DP.

Governor Mandago said athletes have to be paid well for them to guarantee a good future.

“We must protect our pride as Kenyans. These athletes should be paid well for their future,” said Mandago.