Court allows Rosa to travel to Rio for Olympic Games 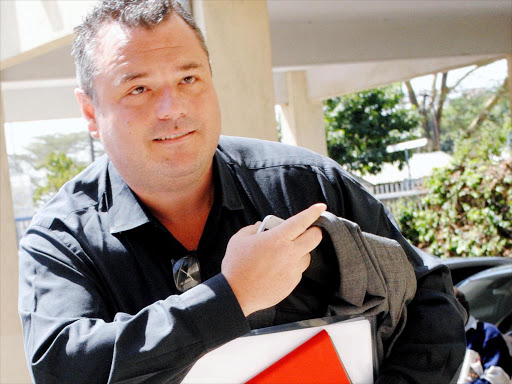 A Kibera court has allowed Italian Sports manager Federico Rosa to travel to the Rio Olympics to join his athletes in Brazil.

Principal Magistrate Bernard Ochoi released Rosa's passport on condition that he returns it on August 26 after the Olympic games.

In the ruling on Tuesday, Ochoi said Rosa had given him good reasons to allow him to release the passport to him. He said the decision was in the interest of the six Kenyan athletes, he manages.

him as a member.

The defence had also produced affidavits by six athletes confirming that Rosa was indeed their manager and it was important for him to be present at the Rio Olympics.

The investigating officer also confirmed to court that the documents had been verified and proved to be genuine.

Ochoi further ordered that he would only release the passport once the defense produces the plane ticket showing a return flight to Kenya from Brazil.

Lats month, Ochoi declined to release the passport saying that even though the accused intentions were good, he had no documents to support his claims.

Rosa was accused of conspiring to injure the reputations of Elijah Kiprono and Ritah Jeptoo by administering prohibited substances to them.

He denied six counts of charges related to doping and ruining the reputations of the Kenyan athletes.

Rosa manages most of the country’s top athletes including some who have been banned over doping, including Jeptoo.

The case will be mentioned on August 26 when the accused is expected to bring back the passport to court.