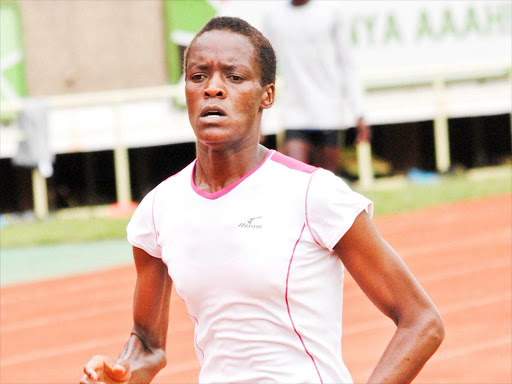 SELAH Jepleting is expected to defend her title during the tenth edition of the Shoe4Africa women’s 5km run this Thursday in Iten.

With the region christened ‘Home of Champions’ owing to its prowess in athletics, the race will offer a platform for thousands of women athletes training in the region.

It will be a worth-watching activity as the rugged terrain offers a spectacular view into the Kerio Valley and hovering paragliders among other scenic beauty in the high altitude region.

The race that will start at the Lornah Kiplagat’s High Altitude Training Centre and follows a hilly course into the village and back in normally held on the eve of Christmas.

According to the race director Toby Tanser who is the brainchild for the event, the event is aimed at creating HIV/AIDs awareness amongst the community members.

“This will mean to promote awareness on the AIDs pandemic especially on the women. They are the most vulnerable due to poverty. Through the event we will be able to sensitise them and many athletic careers will be launched here since we will have kids taking part,” Toby said.

Over one thousand participants are expected to grace the event and usher in Christmas in style for the prize money the race offers.

At the same time there will be a $500 bonus for the athlete who has never competed outside Kenya and raffling off 600-pairs of shoes together with course record bonus.

Reigning Amsterdam marathon champion Joyce Chepkirui currently holds the course record at 16:17 minutes she clocked when she won the 2012 edition.

“In Kenya you can’t tell who will take part since most of the top athletes are here. Moreso we are also focusing on the community since the run is targeting the community,” Toby added saying the preparations were complete.

The over 500 shoes to be given out are set to motivate the youth into starting running as a career towards stardom.

“I believe that the event will touch a life and become a turning point towards their prosperity,” Toby who recently built the Eldoret-based first Children’s Hospital in East and Central Africa said.